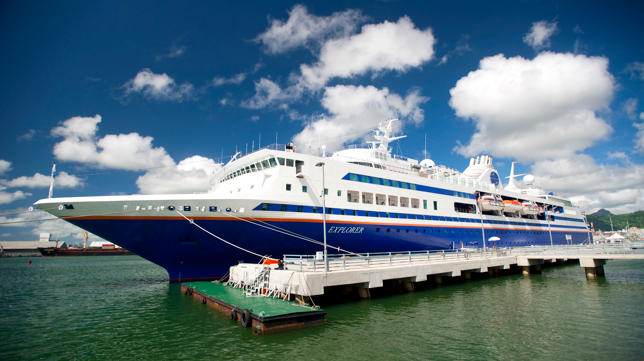 Ahoy there, startups of Silicon Valley and beyond! Unreasonable at Sea wants you to sail around the world on a fancy boat while expanding your business to international shores.

Unreasonable at Sea mixes startups, Semester at Sea students, venture capitalists, and seasoned entrepreneur mentors to create a floating incubator. But instead of floating in one location off the coast of California like Blueseed, this voyage will sail startup entrepreneurs to 14 international ports to help them expand businesses that have previously operated in only one market.

I recently spoke with the mastermind behind this endeavor, Daniel Epstein. During his junior year in college, he enrolled in Semester at Sea (SAS), a study abroad program that sails around the world on a ship. It was during his journey that he began working on the the incubator and investment firm he operates today. The ah-ha moment for Unreasonable at Sea came when he thought of combining his experience as a Semester at Sea alumni with his Unreasonable Institute, an incubator for entrepreneurs focused on social and environmental topics.

“Six months ago, the president at Semester at Sea called me. He thought that Semester at Sea was missing an entrepreneurial energy and presence and told me he would send me on the ship. I was excited, but [I thought] it had to be more interesting than just me on the boat,” said Epstein, in an interview with VentureBeat.

Epstein decided to operate his incubator on board the ship instead of just tagging along for the ride. The goal of the program is for startups to expand into new markets and pitch to new investors. At each of the 14 ports, startups will attend pitch events where they’ll meet investors, politicians, and business people and show off their awesome ideas. All feedback will be used to improve the startup for the next pitch event in another country.

“From the entrepreneur’s perspective, it’s an opportunity to experiment with products and technology internationally. Startups can take their technology to another market to see what works and walk out with a globally relevant product,” Epstein said.

Unreasonable at Sea is accepting applications through June of this year and has already received responses from startups in more than 100 countries. Once all the applications come in, Epstein and his team will select 10 entrepreneurs and one to two of their team members to set sail on the maiden voyage.

From January 6, 2013 to April 25, 2013, Unreasonable at Sea will sail to across the Pacific and India Oceans, starting in San Diego and ending in Barcelona, Spain. In between, the ship will stop in Hawaii, Japan, China, Hong Kong, Vietnam, and India, to name a few.

While on the ship, each startup will get the chance to interact with venture capitalists, entrepreneurs, and advisors who will coach them throughout the process. Half of the mentors have been selected and include vice president of business development for Google Megan Smith and retired vice president of HP Phil McKinney. Once the startups are selected for the program, more mentors will be added to fit each company’s unique needs.

In addition to working on their businesses, the startups will be interacting with SAS students to learn about entrepreneurship and business. Epstein and his team also plan to spend time teaching SAS students about business.

If you think your startup has what it takes, check out the requirements of the program and submit your application quickly. You have until June 5 to prove that your company is worthy of sailing around the world.