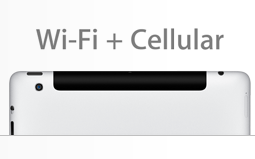 Apple has changed the name of the latest generation of its cellular-connecting iPad in some countries, calling it simply “iPad WiFi + Cellular,” after a wave of complaints from people claiming that Apple’s previous branding was wrong and misleading.

The change was first reported by 9to5Mac. See image below.

Until the change, Apple was using the name “iPad WiFi + 4G,” implying that its newest iPads used fast 4G, or LTE-grade networks. However, in many countries where the newest iPad was being sold, including in Australia and the UK, there were no carriers that actually offered such quality networks. Some consumers felt misled. Australia actually sued Apple. While Apple had previously discontinued its marketing campaigns around 4G in those countries, this is the first time it is actually changing the name of the iPad itself. Apple made the change because of continued confusion in places like the UK.

Notably, Apple even changed the name in the U.S. and Canada, the two countries where 4G LTE is offered by at least five carriers. It also changed the name on its Web sites in UAE, Vietnam, Thailand, Singapore, New Zealand, Ireland, Hong Kong and Malaysia. However, apparently it hasn’t changed the name in all countries yet — though that’s probably because the change was decided on just a couple of days ago and it probably takes a while for sites to make the change. 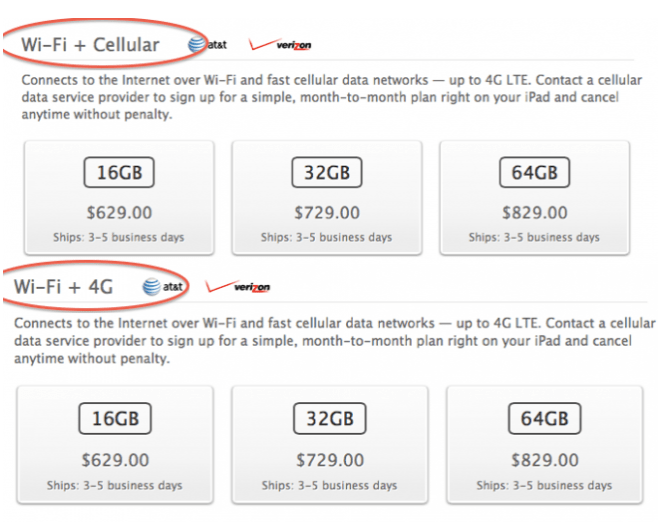 Above: Top image is from Apple’s site today; bottom image from May 9th