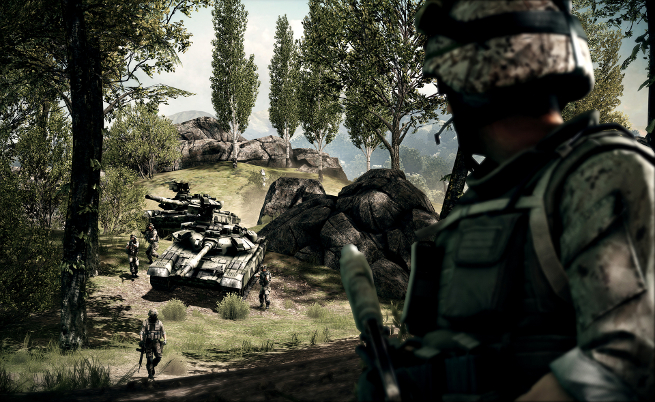 Publisher Electronic Arts has responded to public opinion by returning DICE-controlled servers to the console versions of Battlefield 3 today.

GamesBeat reported last week that official servers run by developer DICE were no longer available for multiplayer gaming on PlayStation 3 and Xbox 360. Instead the community was only able to use privately rented servers — charged at $30 for 30 days — or a handful of EA-run servers. EA later clarified its position, telling GamesBeat that DICE-controlled servers were no longer appearing as available because they had been rented out to players. The company stated that it would add servers and reserve a percentage of these for hosting by DICE.

In a follow-up comment received today, an EA representative told GamesBeat, “You should see DICE-hosted servers up today. I do not have the exact percentage or number of servers, but we’ll continue to monitor this to make sure all players are having the best possible gameplay experience.”

Checking the PS3 version of Battlefield 3, EA has indeed been true to its word, adding a significant number of DICE-hosted servers to the game. A search of the server browser revealed in excess of 170 official DICE servers, covering all geographical regions and all multiplayer modes. 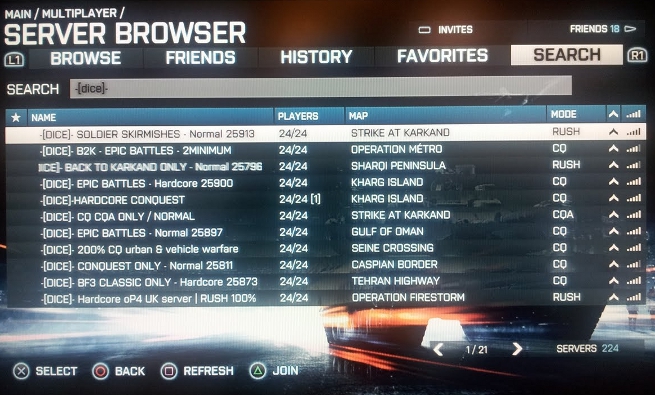 Official DICE servers are prefixed with “-[DICE]-” and end with a 5- or 6-digit code. Searching for “-[DICE]-” brings up the optimal results in the server browser, but it still returns some private servers which are using the official moniker.

In order to further verify the authenticity of a DICE-hosted server, it is possible to click through and check that the owner is listed as DICE. Official DICE servers also have the welcome message: “This is an official DICE hosted server. Enjoy your stay!” 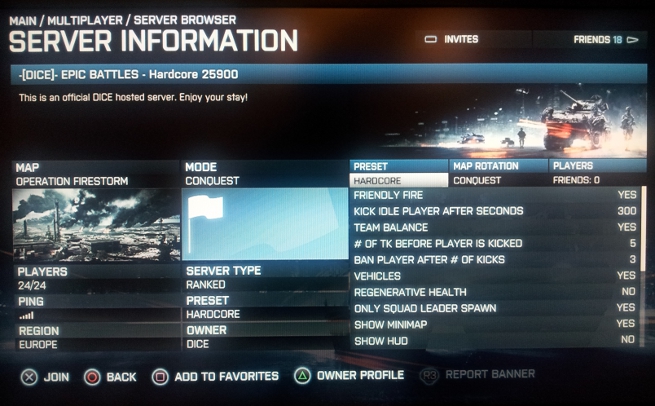 Despite the return of official servers, EA is keen to point out that private servers are still an important part of the multiplayer experience. GamesBeat was told, “I’d like to point out though that we do encourage players to use the server filters and ‘favorite’ options. Players can find ‘standard’ matches that are not DICE-hosted.”

While many players will continue to use the private server system successfully, there are no doubt plenty of gamers that will be heralding the return of official DICE severs today with a “hoo-ah!”