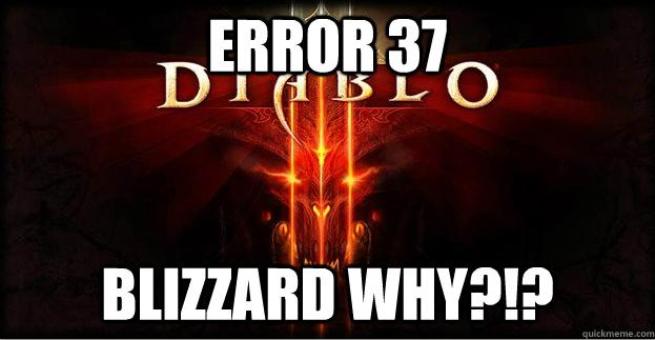 Over 2 million people preordered Blizzard Entertainment’s action role-playing game Diablo III. Last night, more than 8,000 midnight launch events were held at retail stores worldwide. Players everywhere eagerly sat at their computers with their fingers poised over the keys at 12:01 a.m. PST, aching to log on and show the armies of Hell who’s boss.

But Blizzard was not prepared. [UPDATE: And still is not.]

Players attempting to log into the game’s authentication server last night encountered an “Error 37” message that locked them out of all portions of the title, including the single-player campaign. “Due to high concurrency, the login servers are currently at full capacity,” Blizzard explained on the official forums. “This may cause delays in the login process, account pages, and web services.” This, however, didn’t stop GamesBeat from “reviewing” the game.

Naturally, gamers are a little miffed and they decided to take out their frustrations on the Internet, creating a number of memes about the rough launch.