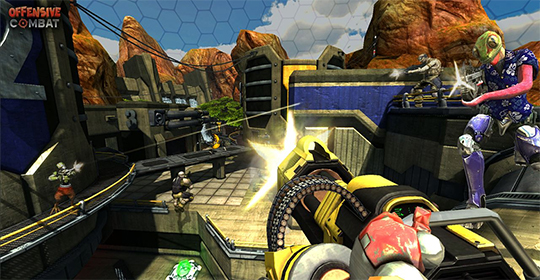 Offensive Combat is a free-to-play multiplayer shooter for web browsers. According to a press release from U4iA, the upcoming title, “…will feature an irreverent mashup of first-person-shooter archetypes, weapons, and themes, including surreal fantasy, futuristic sci-fi, and modern military settings, among others.” 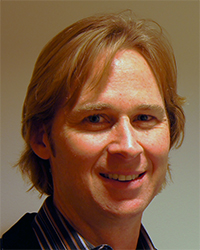 U4iA was founded by Dusty Welch and Chris Archer, the former (pictured on the right) having previously co-founded the Call of Duty franchise.  He turned down the call of duty (see what we did there?) to focus on bringing the hardcore experience to social gaming platforms.

“Free-to-play is the next disruptive, permanent shift in gaming,” said Welch, who also serves as the Washington-based company’s CEO, in the press release sent to GamesBeat. “Consumers are moving away from the traditional console retail model and demanding AAA quality games accessible on all their devices with no upfront costs. U4iA plans to satisfy those gamers with unmatched, competitive, core games like Offensive Combat, playable through your browser at a level of quality previously not thought possible, all running on our breakthrough E-Sport level server architecture. Since the game is launched right in their browser, players will be able to fire it up, connect with their friends, and play for free — with no need for additional hardware or software purchases.”

Offensive Combat will launch later this year, but U4iA will release a limited beta this summer.