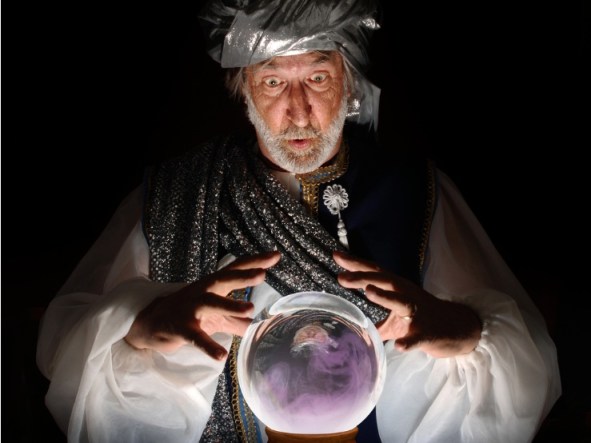 With Facebook’s highly anticipated IPO just a couple of days away, the press has been covering all kinds of depressing opinions from skeptics, naysayers, and suit-wearing Wall Street executives. Yes, it’s important to play devil’s advocate and look at the Facebook IPO from all sides, but don’t let the tidal wave of doom-saying drown out the obvious: Facebook has a lot of trump cards left to play.

Financial analysts, the media, and venture capital investors are poking holes in the Facebook ship and it seems as if they’re almost hoping it will sink. To combat all the worrywarts and pessimists out there, here’s an analysis of why Facebook will live to become one of the most powerful companies in the world.

Mobile: The Unknown
A headline from GigaOm, a well-respected tech site I’m a fan of, read, “Facebook Admits It Doesn’t Know How Mobile Works.” The real problem is that nobody knows how mobile works! Facebook has taken a cautious approach when it comes to mobile investments and is just now getting into the game. And the timing is perfect – its approach has set it up nicely because Facebook is the best positioned to offer the first browser-level mobile development platform. In fact, Facebook just announced it. It’s called the App Center.

The App Center lets you install apps on Facebook’s mobile site. From the user’s perspective, this is important because it means apps are always up to date. I have grown to hate the little red number on the Apple Store icon constantly reminding me that I have 79 apps that need updates. And since I can’t play my favorite game, Zynga Texas Hold ‘em, without the internet, I don’t need the app installed on my tablet or phone. From a developers perspective, it saves time and money. Instead of needing to specialize in the native language of each mobile OS, the same developers that build web-based games can build apps for mobile. The App Center also addresses key challenges for developers, such as having to maintain legacy architecture to support backwards compatibility that comes with a large installed user base. My bank, US Bank, already eliminated its iOS app in favor of a mobile friendly site, which I like much better because it provides more features and is updated regularly.

While this is a growing trend, it doesn’t mean that all native mobile apps will go away. Remember back when the desktop browser was invented? It gave birth to a whole new set of experiences that didn’t make sense to be installed on the desktop computer. The browser didn’t kill desktop apps completely. People still want to install resource hungry apps like office software, design tools, and more, but there are some experiences that are better through the browser like Amazon, Google, and Facebook. If Facebook’s new mobile platform can create success stories equivalent to Zynga on its desktop platform, it could increase their revenue substantially.

Facebook’s investment in Instagram and Glancee further demonstrates its dedication to winning in mobile. As does its newly released news feed ads that will flow into mobile. If Facebook can achieve similar monetization value for mobile users, then that will add massively to its revenue.

Ads: The Not Yet Unleashed
The headlines about Facebook’s so-called “advertising problem” are endless, talking about how CTRs (click-through rates) are low and that the social networking giant can’t seem to figure out how to increase the monetization of its 900 million users. I wish I could tell everyone all of the front-line details I’m seeing working with our customers, but I can’t. For the skeptics, are you asking the right question: Does Facebook have ample opportunity to improve its monetization of every user? Facebook is just starting to put ads into the news feed, and there is a wealth of untapped potential there. For example, Facebook said it would start by serving no more than one ad per person per day into the news feed. If it sells its inventory of 500M daily active users, that’s 182.5 billion ad views per year. At just $.02 per person ($20 CPM), Facebook could rack up $3.6 billion in revenue by adding a single new ad unit – and for context, Facebook did $3.7 billion in total revenue last year. Not enough money for you skeptics? What if Facebook releases one ad per person per session – which is still very non-invasive? That would add billions more in revenue to the Facebook bank account.

But, that’s just if Facebook ads stay on the Facebook property. Facebook hasn’t even tried to extend its advertising outside of the Facebook.com domain, but this is likely to change in the near future, because Zuckerberg and his team scooped up the product manager for Google’s AdSense program, which delivers Google powered ads on sites outside of Google’s own properties. I’m looking into my crystal ball and seeing that ads will go beyond the Facebook domain. Especially since Facebook just updated its privacy policy in a way that sets it up to serve ads outside of Facebook. Again, this could generate billions.

Credits: The Hidden Gem
In its entire 14 years of business, Google has never generated more than a single digit percentage of revenue from anything other than advertising. Right now, 15 percent of Facebook’s revenue comes from credits. If Facebook extends its credit system to real goods and services, its projections of future revenue would change.

The Brand Budget: It is a Popularity Contest
With 900 million users, Facebook has proven it’s the big man on the internet campus. Just like in high school and college, this is a popularity contest, because brands must be where consumers are. As the social ad practice matures past fan acquisition to fan monetization, we’re going to see social ad investment increase, because more and more brand marketers will understand the system. As brands improve targeting, Facebook can sell more clicks on fewer impressions, which allows it to increase revenue on the same inventory. We are working with our customers to identify the best practices to improve performance. For example, we learned that targeting increases the average click through rate by seven times, which can drive cost down from more than a dollar per click to as low as less than a quarter per click.

Facebook has proven to be pretty powerful. It has generated more revenue every year than Google did at the equivalent age of its ad platform. There’s no reason to assume Facebook won’t solve the issues at hand, especially with an influx of an anticipated $10 billion in cash. I believe Facebook is well positioned and will continue to make people millionaires long after the IPO. 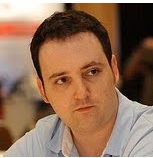 Justin Kistner is director of social products at unified mobile, social and web analytics company Webtrends. He drives the development of social products and serves as a social media thought leader for the company. He led the development of Webtrends’ Facebook Analytics as well as the company’s end-to-end Facebook campaign solutions. He also founded Beer and Blog, a social marketing meet up in 20 cities from Portland to Tokyo. You can follow him on Twitter @justinkistner.