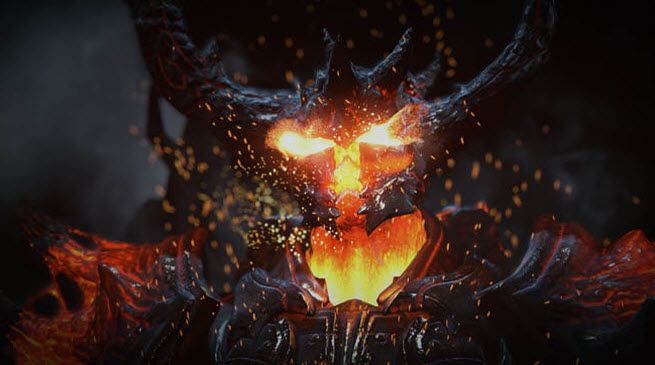 The image above is from the new engine. It enables next-generation graphics that are worthy of a high-end PC of the future — or the next generation of video game consoles. The previous generation of Unreal, version 3, debuted six years ago for games made for the PC, Xbox 360 and PlayStation 3.

Epic creates its own games but it also licenses the engine to all comers. It can thus extend tis influence throughout the entire video game industry when it comes to high-quality 3D graphics and physics.

The engine includes Kismet 2, a visual scripting editor. It allows artists and developers to edit their code and see the changes appear in a visual way in real-time on a flow chart and in the game itself. That could make artists far more productive than they are today, and it means they won’t have to understand programming code itself in order to see what coding changes will mean for their art work.

The technology runs on a single Nvidia GeForce GTX 680 graphics card. That’s the fastest graphics card in the world, but it is a consumer technology that adds about $500 to the cost of a gaming computer.

The image above from Epic’s 153-second Elemental demo shows that the engine can display tons of particles — a million of them — as the demon knight breathes fire out of his nose. You can see a shower of sparks and the effects of light bouncing around a scene — such as light that emerges from behind a cloud of smoke. Below, the image shows high-dynamic range, or the ability to render details in both the bright and the dark sections of a scene. 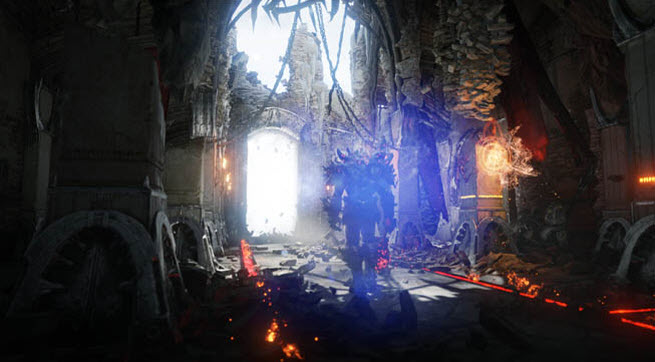