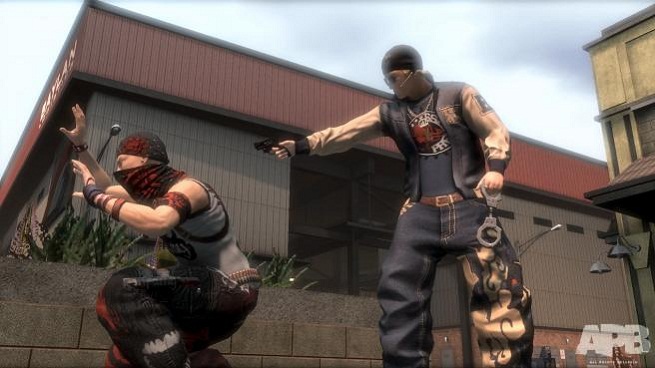 Massively multiplayer game APB Reloaded entails a city rife with crime, renegade cops, and a seedy underworld spilling onto the streets in a hail of bullets and bling. Now, virtual vigilante justice hops the line into reality, thanks to some clever snooping by an admin.

It gets better. Donning a fedora and switching on a morose saxophone solo, Barnarner presented findings of an impromptu investigation he conducted — and the results rank up there with the twistiest of TV-drama plots.

As it turns out, BlackJackieChan’s “best friend,” a player named “beef43302,” logged into Chan’s account, rummaged around his personal storage, mailed a batch of items to beef’s own account, and deleted his characters to mask a paper trail.

It gets even better. According to Barnarner, beef then logged onto his own account, claimed his loot, and consoled the stricken Chan with in-game cash and a set of wheels for recovery. In an act worthy of an Oscar highlight reel, beef implored Chan to keep playing and pal around into the sunset as brothers-in-crime.

And it gets yet better. Instead of handing out a ban per the standard, Barnarner wrapped up his investigation by handing the threads of beef’s fate squarely into Chan’s hands, saying, “Seeing as this is a relatively unique case, we’ll let you decide the fate of beef43302.” I imagine Chan steepling his fingers behind a mahogany desk as his goons leave for beef’s stronghold while muttering “it’s just business” before the credits roll on this interesting debacle.