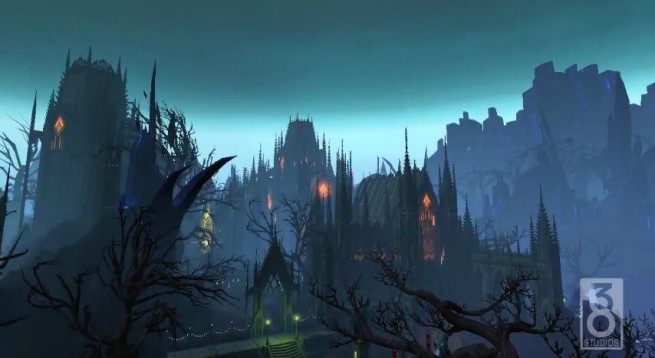 This video follows closely after Rhode Island Governor Lincoln Chafee revealed the release date of Project Copernicus (June 2013) against the wishes of 38 Studios. A source familiar with the events told GamesBeat that everyone at the developer was shocked when they saw Governor Chafee announce their MMO’s delay on television, which is a piece of information that was buried deep within the confidential financial information 38 Studios presented to the state.

Troubles began for the company when it missed a May 1 payment of $1.125 million owed to the Rhode Island Economic Development Corporation. According to the terms of the loan, 38 Studios has agreed to pay an “annual guarantee fee” on May 1 of each year that amounts to 1.5 percent of the average outstanding debt. That led to a private hearing between the top figures of the EDC and the developer in which the studio’s chairman, former Boston Red Sox pitcher Curt Schilling, asked for government assistance in paying back the loan.

“It’s a balance of making sure that 38 Studios is successful so that we can recoup our huge investment and not getting further exposed if the company, ultimately, is not gonna make it,” Governor Chafee said in a press conference. “That’s a tough balance.”

If Schilling’s firm does collapse, the state would be forced to pay back the loan. After interest, that would cost tax payers $90 million.

On Friday, 38 Studios successfully made the overdue payment. Earlier that day, the developer attempted to pass a check to the EDC that it said would bounce. That check wasn’t accepted. Eventually, the company wired $1.025 million and provided a $100,000 check for the rest of the balance. According to Providence news station WPRI, the firm did not make payroll for its employees this week.

We’ve contacted 38 Studios to find out more about its new game and its financial status. No one from the Providence-based business is commenting at this time.