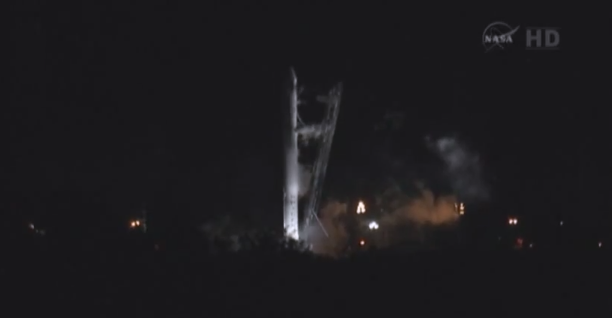 The launch of the SpaceX Falcon 9 rocket came to an abrupt halt early Saturday. The rocket’s computer detected too-high levels of pressure in engine number five, causing the launch to stop a half-second before liftoff.

The Falcon 9 rocket held cargo destined for the International Space Station (ISS) and was scheduled for liftoff at 4:55 a.m. EDT Saturday morning from NASA’s Kennedy Space Center at Cape Canaveral. Had it taken off, it would have been the first commercial rocket to dock with the ISS.

“Five, four, three, two, one, zero and lift…off. We’ve had a cutoff. Liftoff did not occur. We’ve had a launch abort.” Diller said in rapid succesion.

According to NASA, the next opportunity for the Falcon 9 rocket to take off is Tuesday May 22 or May 23. The engine will be inspected before another launch is scheduled. 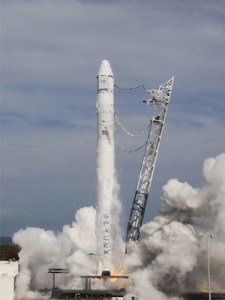 Saturday’s mission was a demonstration launch intended to prove to NASA that SpaceX’s rocket can replace the now-retired Space Shuttles. The Space Shuttles mostly served as cargo ships to transport supplies to and from the ISS. Due to budgetary constrictions, NASA had to end the 30-year Space Shuttle mission run.

The engine hiccup hasn’t hurt SpaceX’s reputation yet, but the pressure is on for SpaceX to prove its rocket launches are safe. If the company ever wants to send humans into space, it will need a strong track-record of safe unmanned flights.

SpaceX is a commercial company hoping to eventually send humans into space for a fee, but for now it’s starting with sending cargo into space. The company currently holds a $1.6 billion contract to send supplies to the ISS.