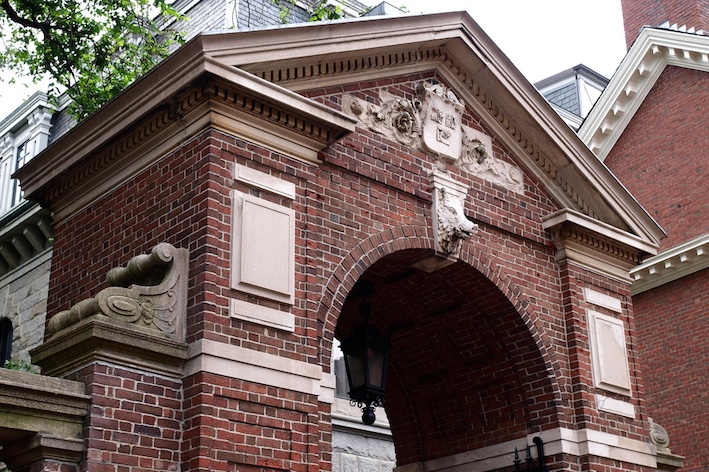 Quit your technology job. Get a Ph.D in the humanities. That’s the way to get ahead in the technology sector. That, at least, is what philosopher Damon Horowitz told a crowd of attendees at the BiblioTech Conference at Stanford University in 2011.

Horowitz is also a serial entrepreneur who co-founded a company, Aardvark, which sold to Google for $50 million. He is presently the In-House Philosopher / Director of Engineering at Google. Wait, you say, that’s insane. At a time when record numbers of people, among them those with high-level degrees, are receiving public assistance, what kind of fool would get a degree in a subject with no clear job prospects beyond higher education or teaching?

In Silicon Valley, engineers are honor students and everyone else is taking remedial math. Venture capitalists often express disdain for startup CEOs who are not engineers. Silicon Valley parents send their kids to college expecting them to major in a science, technology, engineering or math (STEM) discipline. The theory goes as follows: STEM degree holders will get higher pay upon graduation and get a leg up in the career sprint.

The trouble is that theory is wrong. In 2008, my research team at Duke and Harvard surveyed652 U.S.-born chief executive officers and heads of product engineering at 502 technology companies. We found that they tended to be highly educated: 92 percent held bachelor’s degrees, and 47 percent held higher degrees. But only 37 percent held degrees in engineering or computer technology, and just two percent held them in mathematics. The rest have degrees in fields as diverse as business, accounting, finance, healthcare, arts, and the humanities.

Yes, gaining a degree made a big difference in the sales and employment of the company that a founder started. But the field that the degree was in was not a significant factor. Over the past two years, I have interviewed the founders of more than 300 Silicon Valley startups. The most common traits I have observed are a passion to change the world and the confidence to defy the odds and succeed.

Any discussion of this nature must return to a comparison of Steve Jobs and Bill Gates. True, Jobs was technically competent. But he had, if anything, an eclectic educational background where he spent as much time in seeming arcana such as philosophy and calligraphy as he did on math and engineering.

I’d take that a step further. I believe humanity majors make the best project managers, the best product managers, and, ultimately, the most visionary technology leaders. The reason is simple. Technologists and engineers focus on features and too often get wrapped up in elements that may be cool for geeks but are useless for most people. In contrast, humanities majors can more easily focus on people and how they interact with technology. A history major who has studied the Enlightenment or the rise and fall of the Roman Empire may be more likely to understand the human elements of technology. She may more readily understand how ease of use and design can make the difference between an interesting historical footnote and a world-changing technology. A psychologist is more likely to know how to motivate people or to understand what users want.

This brings me back to Damon Horowitz. He was a highly accomplished artificial intelligence (AI) researcher with a master’s degree from MIT. Damon was in hot demand, making big bucks and founding companies, several of which were acquired for nice, tidy sums. The trouble was, he realized his work was not actually solving the underlying problems of AI in any meaningful way. Damon felt he didn’t understand the philosophy of intelligence and human thought well enough to get beyond the beautiful, “intoxicating” prison of computer code he lived in.

So Horowitz quit his tech job and went to Stanford to get his doctorate in philosophy. He was amazed at how much he had to learn. For Horowitz, going back was a transformational shift that opened his eyes not only to key foundational arguments and theories about the nature of intelligence, but it also gave him improved capabilities in strategic vision, creative problem solving and other critical traits. Horowitz believes his degree helped him envision Aardvark, which was an interesting hybrid search system that involved people sending out queries to fellow users who were connected through an automated interface that helped askers properly shape and target their questions.

Don’t get me wrong. The world needs engineers. And no, I am not actually advising people to quit their jobs and get Ph.Ds in philosophy. For some people, it might make sense, but for others it wouldn’t. The point I’m trying to get across is more nuanced: We need musicians, artists, and psychologists, as much as we need biomedical engineers and computer programmers.

For tech entrepreneurs and managers, there is no “right” major or field of study. While having a degree in slinging code may present a short-term advantage at startup time, it may comprise an equally important disadvantage if the degree came at the cost of other critical “soft leadership” skills required to focus, lead and grow companies. So, it’s time for Silicon Valley to get over its obsession with engineers. And, if you run a startup, hire that psychology Ph.D. You may get a lot more than you bargained for.

Wadhwa is a fellow at the Rock Center for Corporate Governance at Stanford University and is affiliated with several other universities. Read more about Vivek Wadhwa’s affiliations.