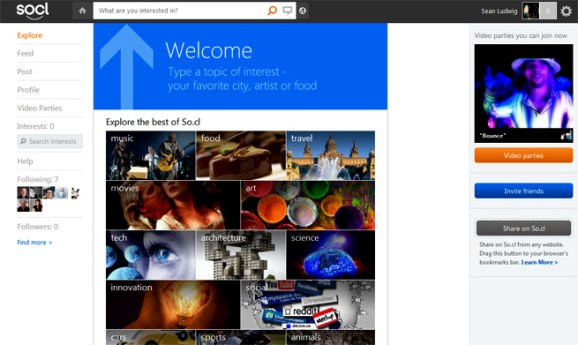 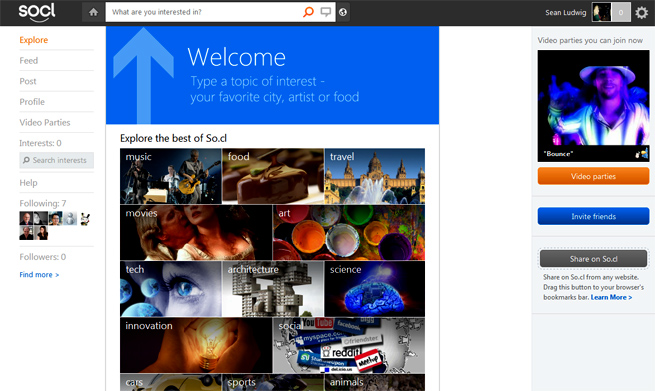 When we last heard about it, So.cl (pronounced “Social”) was being billed as an “experimental research project” and was only available to students studying information and design at the University of Washington, Syracuse University, and New York University. While the project is still billed as experimental, it’s now open to anyone who wants to give it a shot.

So.cl is an experiment in open search. That means your searches on So.cl are viewable by other So.cl users and will also be available to third parties.

After logging in you’ll notice the layout closely resembles Google+’s layout, but it also takes ideas from Facebook, Twitter, and Pinterest. You can follow other So.cl users or follow interests like food, art, or movies. There’s also a “bookmarklet” feature that adds a “Share on So.cl” button to your bookmark bar so you can share content anywhere around the web with other So.cl users. Additionally, So.cl naturally appears to have close ties with Bing’s recently revamped social search.

Looking at the “Everyone” feed, it’s easy to see what all So.cl users are searching for and sharing with the world. But alas, one of the biggest problems with “social search” is that we don’t always want to see what everyone else is searching for:

You can read more about So.cl at the site’s FAQ page. Let us know in the comments what you think of it.