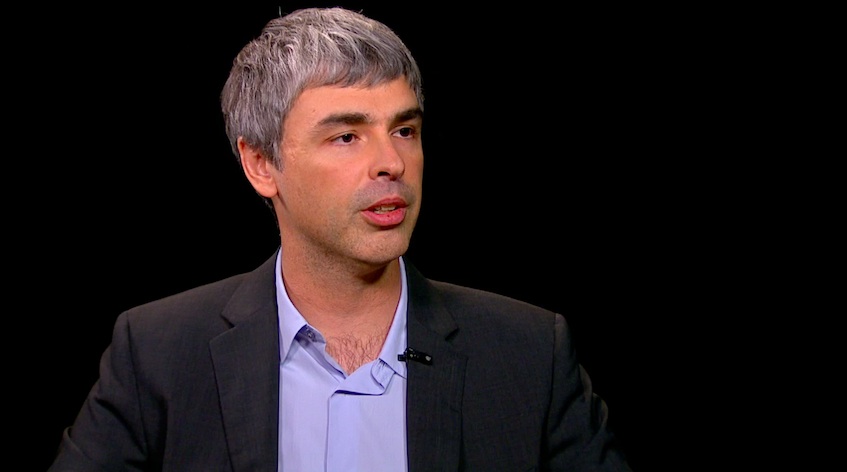 In the show, Page addresses a wide range of topics, starting with today’s surprising news that Chrome is now the most popular browser on the Internet. (“I’m really excited about that.”)

Check out a clip from the show below.

He also wishes Facebook well on its recent initial public offering, while more or less declining to comment on that company’s IPO methodology, which was a traditional, banker-driven IPO as opposed to the ostensibly more open reverse auction used by Google in 2004.

But it’s on the subject of cooperation with Facebook that Page really gets going.

“I think it’s been unfortunate that Facebook has been pretty closed with their data,” Page tells Rose.

By contrast, he says, Google generally stands on the side of openness. For instance, when you join Facebook, you can’t import your contact list from Google. Why not? Here’s Page’s take:

From a user’s perspective, you say … I’m joining Facebook. I want my contacts. In Google, we said, fine. You can get them from Google. And the issue we had is that then Facebook said, no, Google, you can’t do the reverse. And so we just said, well, users don’t understand what they’re doing. They’re putting data in, and they don’t understand they can’t take it out. So we said, well, we’ll only participate with people who have reciprocity. And we’re still waiting.

“You don’t want to be holding your users hostage,” Page says. “We think it’s important that you as users of Google can take your data, and take it out if you need to, or take it somewhere else.”

On other subjects, Page plays the typical, confident CEO. Regarding the company’s ongoing legal battle with Oracle over Java patents in Android, Page says “we feel pretty good about our position.” Regarding antitrust litigation, he’s happy to work with federal officials on “reasonable scrutiny,” given that Google is such a big company. And he’s really excited about those Google glasses.

Quotes courtesy of the “Charlie Rose” show. Click here to find local showings on PBS. The show will also be re-broadcast tomorrow on Bloomberg at 7pm and 10pm.