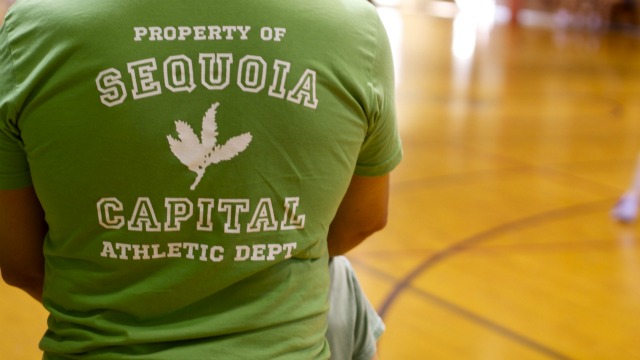 Long-time venture capitalist Michael Moritz, a key partner in one of Silicon Valley’s biggest VC firms, Sequoia Capital, is stepping back from his management role because of an incurable, rare medical condition. He announced the news to fellow investors in an email today.

“Because he’ll remain deeply involved in Sequoia, we don’t think much will change,” said Andrew Kovacs, head of communications at Sequoia, in an interview with VentureBeat. “For the last sixteen years he’s been coordinating day-to-day practices with Doug Leone, which include IT, real estate, and compliance. Doug Leone will take on those duties full-time, and Michael will spend more time focused on young founders.” 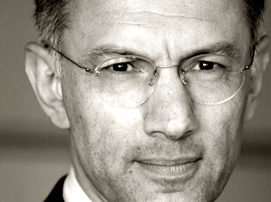 Moritz will no longer oversee regulatory compliance and recruiting practices, but will take more of a mentor role for younger partners at Sequoia. He will continue to manage the funds he’s been a part of, and will take a role as chairman of the firm. He’ll also have his hands in new startup investments.

The investor started his career in journalism, writing for Time Magazine. While there he published “The Little Kingdom: the Private Story of Apple Computer,” a book about the beginning of Apple Computers. He left his job at Time to work at Sequoia in 1986.

In his time at Sequoia, he’s invested in Google, Yahoo, PayPal, Kayak, and LinkedIn. He sat on the board at Google from 1999 to 2007 and coaxed Larry Page and Sergey Brin to hire a more mature chief executive, Eric Schmidt.

Moritz was more of an old-school venture capitalist and his announcement comes at time when the VC industry is changing. In the late 90s and 2000s, Moritz was a heavy-hitter in the investment world. Since 2004 and the rise of technology blogs, investing has shifted to favor more transparency between startups and investors. This has given rise to angel investor success stories and startups finding new ways to raise capital.

Doug Leone will take on many of Moritz’s responsibilities at the company. The full email Moritz sent to Sequoia staff is below.

We have always tried to be straightforward with you and, in that spirt, I need to share something. Unfortunately, I have been diagnosed with a rare medical condition which can be managed but is incurable.  I’ve been told that in the next five to ten years the quality of my life is quite likely to decline.  Right now I feel fitter than ever and I hope that I’ll be one of the lucky ones who can live a full life and defy the statisticians.  But there is no way of predicting this with certainty and thus for me, life has assumed a different meaning and I am making some adjustments.

I am going to extract myself from the daily management of Sequoia Capital, a task that has consumed a large part of my time for the past sixteen years.  I will become Chairman of Sequoia Capital and will be deeply involved with nurturing the fresh investments, ideas and relationships that can be of significant long-term benefit for all of us.  I will also work very closely with some of our younger and newer members, will continue my role as Managing Member of existing funds and maintain all my current company responsibilities.  I will use twelve to fourteen weeks – sprinkled throughout the course of each year – for various pursuits, diversions and trivial indulgences.

Nothing about this should cause much of a change because everything that has been achieved at Sequoia Capital has resulted from the teamwork and contribution of many people.   Our overall business is in the best shape it has ever been and we are better positioned than at any time in our forty year history.  Doug Leone will assume full responsibility for coordinating the business we have gradually developed over the past couple of decades and almost everything else remains entirely the same.

Thanks for your support,