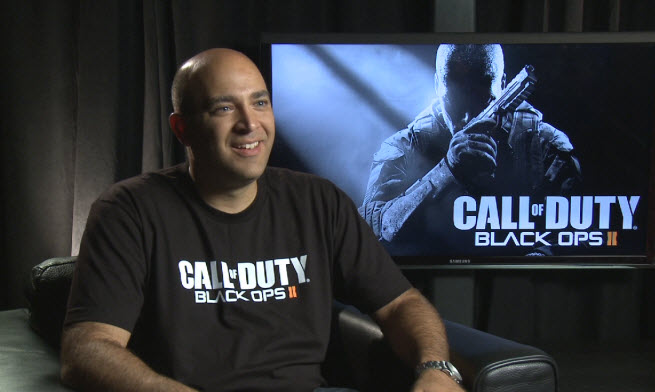 Call of Duty fans have voiced a lot of concern about the daring leap to the future that Activision is taking with the 2025 time setting for the next version of the series.

When Activision released the official reveal trailer for Call of Duty: Black Ops II three weeks ago, it was a little like a religious event among first-person shooter fans. More than 20 million people viewed the trailer, and “likes” outnumbered “dislikes” by 2-to-1 on YouTube. But the crazy thing was that the game isn’t merely about assault rifles and snipers anymore. It’s about drones, robots, and guns that can shoot through cement. 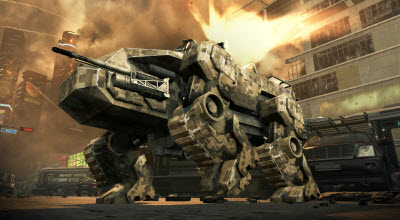 We caught up with Daniel Suarez (pictured above), vice president of production at Activision, for a video interview about how these changes are going down with fans. Blowing up robots, some fans said, made the series more like a sci-fi game than a modern combat shooter. It isn’t as crazy as it all seems, Suarez argued, because of the deep research the team did.

Eric Hirshberg, chief executive of Activision Publishing, boasted that this could be the “most ambitious Call of Duty ever” because it has drastic changes to the game in terms of multiplayer, single-player setting, and zombie-shooting fests. The move to the near-future setting “could be as transformative as the move from World War II to the modern era.”

He said that sales of the game are “not just a great honor but also a massive responsibility.” Hirshberg said that the point behind Black Ops II is to bring meaningful innovation while staying true to the core of the franchise, which includes “epic realism, the ultimate adrenaline rush, easy to play but hard to master, and 60 frames per second.” 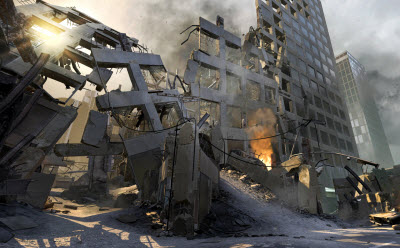 Mark Lamia, head of the Activision-owned Treyarch studio that is creating the game, said that the team wanted to create a different kind of sequel that took the series into the future but was rooted in the reality of today.

But Suarez agreed that the core of Call of Duty is the gritty infantry combat: gun against gun and soldier against soldier. The writers crafted a true human villain, Raul Menendez, a “monster” whose hatred was shaped in the Cold War and who orchestrates the hijacking of the American drone fleet.