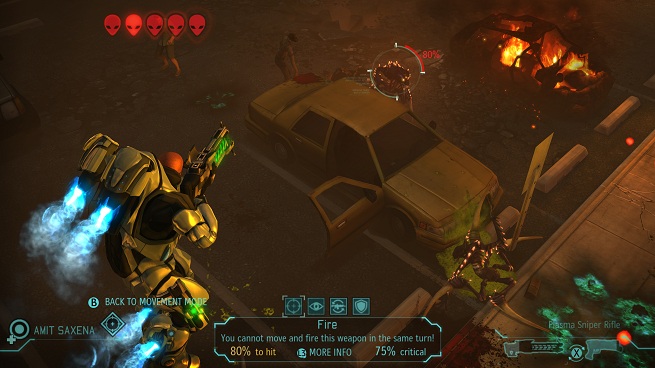 Aliens are coming. Rather, XCOM: Enemy Unknown, a re-imagining of the acclaimed PC strategy title X-Com: UFO Defense, should be invading stores on Oct. 9, 2012. I had the opportunity to preview the game (which is also slated for Xbox 360 and PlayStation 3) at a recent event that developer Firaxis hosted in Los Angeles. There, I learned how fans old and new can help protect the planet.

In a way, the game is part of a nostalgic retro trend, where game developers take a beloved game from the early days of the industry and refashion it with modern graphics for a new generation. In this sci-fi game, you assume command over XCOM, the special, international military group created to defend the Earth against the invading alien threat.

The “terror” stages, where you take on hostile Martians who are destroying cities and killing civilians, have a classic turn-based strategy flow, even though the action doesn’t take place on a grid. Each unit in your squad can move a finite distance, twice per turn, and then can snap to a specific spot for protection. Take heed, however: “If you can take cover behind it, that cover can be destroyed,” said Enemy Unknown producer Garth DeAngelis in a preview discussion with journalists. Of course, it goes both ways, and the player can use gunfire, grenades, and rockets to open up new paths. At first your foe hid behind a wall, “now there’s a huge hole through it, and you can get a wonderful flanking shot on the alien inside.”

Firaxis also promises plenty of randomly generated maps for Enemy Unknown. It developed a system where once the user fights on a particular level, the game won’t use that same map for the rest of the playthrough. Plus, the starting positions of the aliens and your squad are also random, so even if you end up in familiar territory in a subsequent romp, it shouldn’t play out the same. These elements can keep each trip through the main campaign feeling fresh. 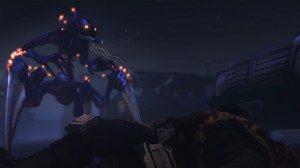 You can also customize the names, skin tone, hair color, and weapons of every soldier to make each play experience a bit more personalized. Most of these options weren’t available in the demo I played, but the unit promotion and upgrade functions were. I was able to take one of my guys, who did a splendid job pumping bullets into a few big-headed aliens in the previous mission, and gave him a promotion and a rocket launcher.

Eventually, troops can reach higher classes and gain special attacks and perks. Firaxis showed off the archangel character, who is a sniper with a jetpack that can attack twice if his first shot is a kill. The ghost unit has a grappling hook to reach the more-advantageous high ground and can move a lot farther each turn. And the ultimate human weapon? That’s Sid Meier, the creator of the Civilization series.

“He’s our design director. We get to work with him on a daily basis, and we really respect, obviously, the Civilization games at Firaxis,” said DeAngelis. “So we thought it made a lot of sense to bring the guy who created the Civilization series to be our most enlightened soldier, the psionic soldier.” The digital Meier helps turn the tide of war by controlling enemy units with his mind. He can force a berserker to hold a grenade too long or use any of its other skills against its former allies.

DeAngelis wouldn’t say whether players will get the chance to fight completely using the aliens, but for now, we know gaming legend Sid Meier lets us control one at a time.

Like UFO Defense, Enemy Unknown has levels based all around the world. The countries that you help will reward you with more aid, while the nations you neglect will have higher levels of panic. In the demo, I went to a shipping yard in China to help fight off a handful of aliens and left the US to fend for itself (and it normally would have been a tough decision, but the developers said that the American stage wasn’t quite ready yet). 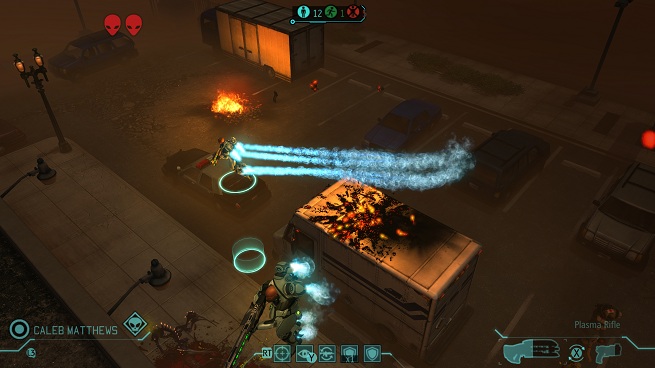 Firaxis is aware of how intimidating a deep strategy game can be, so to help make the genre more approachable, it’s going with a multimedia approach. “We do need to convey a lot of information that needs to come through menus, but we try to convey it in ways that we thought were cooler,” said DeAngelis. One example is how the command center is represented as a 2D side view of a multi-story base instead of a ton of text. Rather than cycle through a menu, the player moves the camera to focus on different rooms.

At the barracks or the research lab, characters can explain how to recruit and promote units or research new weapons and armor using alien technology recovered from the battlefield. The game still presents data in text and menus, but this audio-and-visual-driven interface helps to eliminate some of them and makes the strategy elements in between the fighting a little more inviting.

“We are trying to balance that,” said DeAngelis. “We have a lot of information that we need to get across, because we are rooted in strategy, and this game has a lot of content. But at the same time we don’t want to overwhelm the player with minutia and a ton of user interface information. We want it to be a little more accessible with respect to being able to hold the controller in your hand and move through it.”

Fans who want to learn more about XCOM: Enemy Unknown can head over to XCOM.com. The game will be published by the 2K Games label of Take-Two Interactive.