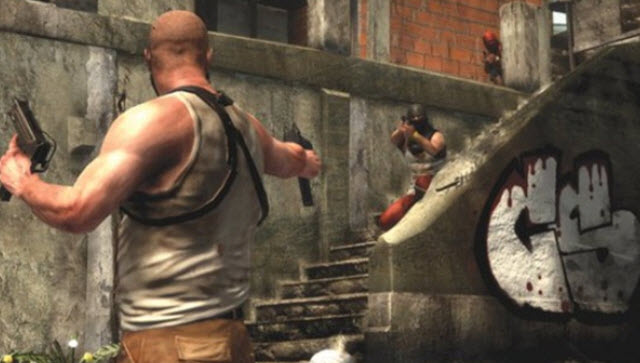 Take-Two Interactive didn’t hit its financial targets for the fiscal year ended March 31, 2012. But Strauss Zelnick, chief executive of the New York video game publisher, said that was because the company delayed several games so it could make sure they were done right. This “unwavering commitment to quality” is the right approach to maximizing shareholder value, Zelnick said.

But that doesn’t mean the company will never ship big games. The company just shipped Max Payne 3 (rated a high 87 out of 100 on review aggregator Metacritic) on May 15, with sell-in of 3 million units. For the coming fiscal year, the company expects to have considerable growth in profits and revenue, Zelnick said in an earnings call today. Take-Two will do that even though it has delayed BioShock Infinite until Feb. 26, 2013. Zelnick (pictured right) said the company’s slate has “never been more promising.”

For analysts, that can only mean that Take-Two’s Rockstar Games division will launch Grand Theft Auto V this fall. Investors are accustomed to product delays at Take-Two, whose studios often take years to make games. But the games usually pay off in giant hits. The investors are also wary about whether Take-Two can succeed in years when it doesn’t have a GTA title coming. In recent years, Take-Two has reduced its dependence on GTA with hits such as Red Dead Redemption. But last year’s L.A. Noire (89 out of 100) was a disappointment in terms of its ability to match Red Dead Redemption sales.

The rest of the game industry is suffering from a “dearth of high quality titles,” Zelnick said. “There is no question the market is not accepting lower-quality releases.” Of course, one of the wags on Twitter noted that Zelnick was overlooking Take-Two’s own poor-quality release, Duke Nukem Forever (rated 49 out of 100), from last summer.

The future isn’t entirely rosy for the company. In the first-fiscal quarter, it expects to report a loss. Take-Two has noticed softness in Europe, thanks to that region’s economic problems. Most of the revenue from the second quarter will come from Max Payne 3 and Spec-Ops: The Line, which launches on June 26. Zelnick said he was pleased with the way Max Payne 3 was rolling out.

He acknowledged a number of titles slipped in the last year, but he said he felt quite confident about the line-up this year. He did not, however, promise that Grand Theft Auto V would come out in 2012. The competition this year is tough, but he said the titles coming from Take-Two are “immensely anticipated.”

Asked if Take-Two is now investing in next-generation consoles, Zelnick declined to comment. He said, “You’re right to ask the question because those transitions can create opportunities for some companies and [can be] difficulties for others.” He said companies with strong intellectual property, technology, balance sheets, and talent will be able to make it through the console hardware transition.

Like other game publishers, Take-Two is straddling both the physical and digital game markets. It is behind other publishers such as Electronic Arts and Activision Blizzard, both of which generate more than $1 billion in revenue per year through online, social, or mobile games.

Take-Two is pretty late on the digital front, although it has provided games to digital distribution firms such as OnLive and Gaikai. Take-Two has launched its first titles for iOS in the form of a Max Payne title for the iPhone, as well as its first titles for Android. It is investing in three major digital titles, including an NBA 2K online game being built with Tencent in China; an online baseball game with Nexon, and a massively multiplayer online game in partnership with XL games.

Zelnick said his company’s MMO is focused on the Asian market, where 10 to 20 MMOs are generating a lot of revenue at any given time. In North America, however, only one or two MMOs have been successful, such as World of Warcraft.

However, Zelnick says that “all digital business is not created equal” and “we have zero interest in negative margin businesses.”

Digital revenue is about 20 percent or so of the company’s business. If the digital games take off, particularly in Asia, then they can soften any shortfalls related to the upcoming console transition and add to revenue. Zelnick said he expects tablets to be ubiquitous in the future and “it should be a good game platform,” but he he said the business model remains to be seen.

“You don’t want to count out the consoles,” he said.

Zelnick noted that the company’s 2K Games label launched Firaxis’ Civilization Worlds title on Facebook. He said it did not contribute meaningfully to revenue, but it was the most “immersive” title on the social network and was invaluable in the company’s ongoing understand of social games.

Take-Two has formed social platforms such as the Rockstar Games Social Club, which will be used to tout games such as Grand Theft Auto V. Such platforms will make multiplayer gaming “deeper, richer, and accessible to newcomers,” said Karl Slatoff, chief operating officer of Take-Two, on the analyst call.

In spite of his optimism, Zelnick didn’t want to be too snooty. “Arrogance is the enemy of continued success,” he said.