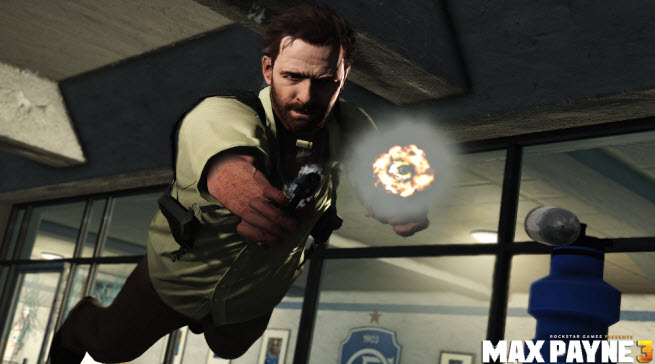 Take-Two Interactive, one of the biggest U.S. video game publishers, reported earnings that fell short of Wall Street’s expectations for their fourth fiscal quarter which ended on March 31.

But revenues were higher than expected and the company said it shipped about 3 million copies of Max Payne 3, the third-person shooter game that launched on May 15, after the period of the earnings. Wall Street was evidently prepared for worse news, since the stock has risen 5.7 percent to $11.80 a share in after-hours trading.

Overall, the absence of a big Grand Theft Auto hit game made a big difference in the company’s performance in the last year. Take-Two reported a loss of $107.7 million, or $1.30 a share, compared with net income of $53.8 million, or 62 cents a share a year earlier. Non-GAAP net loss was $59.4 million, or 71 cents a share, compared to net income of $94.3 million, or $1.02 a share for the prior year. L.A. Noire was a big hit, but Duke Nukem Forever disappointed and the hits paled in comparison to titles such as Red Dead Redemption, the big game of 2010.

The contributors to revenue in the fourth fiscal quarter were NBA 2K12, Major League Baseball 2K12, and The Darkness II. Digital revenue was 19 percent of sales, compared to 15 percent a year ago.

“Fiscal 2012 was a year of creative, operational, and strategic achievement by our Company,” said Strauss Zelnick, chairman and chief executive of Take-Two. “We delivered groundbreaking titles, including L.A. Noire and NBA 2K12, which set new standards for excellence; grew our revenue from digitally delivered content and mobile offerings; made substantial progress on our online gaming initiatives; and bolstered our already strong liquidity through a convertible notes offering. While our financial results were disappointing, the decisions we made position Take-Two for growth and profitability both this year and over the long-term.”

He added, “Fiscal 2013 kicked off with the successful launch of Max Payne 3, which received outstanding reviews and promises to be another hit for Rockstar Games. We have a fantastic lineup of upcoming releases for the balance of the year and the strongest development pipeline in the Company’s history.”

Take-Two’s stock was hurt earlier in the month after it announced that BioShock Infinite, a highly anticipated game from the company’s Irrational Games division, was delayed until 2013. Meanwhile, Grand Theft Auto V is expected to ship later this year. Take-Two had guided investors to expect fourth fiscal quarter revenue of $112 million to $162 million and a loss of 50 cents to 65 cents a share.

For the first fiscal quarter ending June 30, Take-Two said it expects to generate between $225 million and $275 million in sales. Non-GAAP losses per share are expected to between 75 cents and 60 cents per share.

In November, Take-Two raised $250 million in new convertible loans. So far, the company hasn’t said when it will release Grand Theft Auto V, which could be the biggest game of the year…whenever it ships.

NBA 2K13 will be out on Sept. 4. The previous game sold 5 million-plus units.

XCOM, another shooter under development at 2K Marin, is expected to ship during the fiscal year that ends March 31, 2014. Sid Meier’s Civilization V: Gods & Kings, a new expansion for the 2010 game, will ship on June 19. On June 26, Spec-Ops: The Line will launch in the military shooter genre. Borderlands 2, based on a wasteland shooter that sold 6 million units in its first version, will debut on Sept. 18. And XCOM: Enemy Unknown, a strategy title, will debut on Oct. 9.