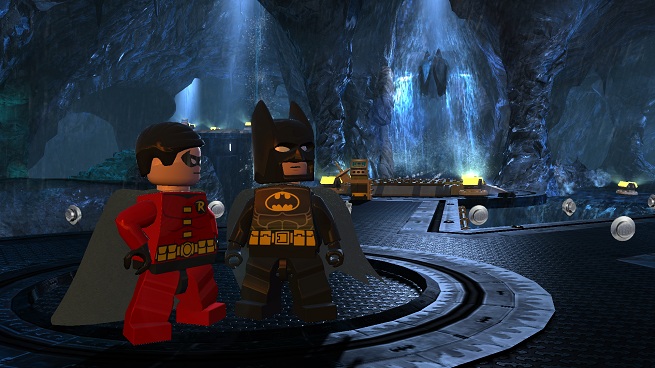 The Dark Knight is returning to the video game world, in block form, for Lego Batman 2: DC Super Heroes. This family friendly adventure from Developer Traveler’s Tales now features a ton of Justice League members (including Green Lantern, Wonder Woman, The Flash, Cyborg, and Aquaman) as they team up to fight a smorgasbord of super villains…which is typically how these superhero gang wars go.

The long-running Lego game series has been a lucrative one over the years as it allows parents and their young children to play the same game, thanks to the adult-oriented jokes and kid-oriented visuals.

This time around, the Man of Steel’s arch enemy, Lex Luthor, gets the crazy idea to emancipate all of the criminals locked up in Arkham Asylum by using a special weapon that rips apart the black Legos that make up the prison. He also joins forces with the Joker as they trash the Batcave and carry out other nefarious deeds.

The action takes place not just in traditional levels but also in an open-world Lego Gotham City. Players can fly around and explore the urban space using the fleet of Bat-vehicles and as the heroes who have the gift of flight. 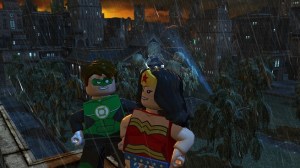 Another new addition to the series, and a first for a licensed Lego game: The characters can actually speak…as in voice acting. Batman, Superman, and even the receptionist at Lex Corp, can all talk to one another which helps to tell a more nuanced story and convey more personality. Fans afraid of change shouldn’t worry too much, since LB2 still has the typical slapstick humor common in the Lego series, the voices just add a much-needed layer of depth.

The camera now noticeably zooms in and out on the blocky shenanigans, compared to the more static view of the first Lego Batman. This creates a more dynamic, immersive flow, and, dare I say, cinematic flow especially when combined with the finely detailed graphical textures.

If a second player decides to join the fun (and he can drop in or out at any time) the camera employs a smart split screen. Meaning if Robin wanders off, he might end up on the bottom half of the TV. As he gets closer to Batman, the dividing horizontal bar will begin to angle vertically until the two characters reunite. This means you no longer have to wait around for little Jimmy to finish smashing every damn pile of bricks in his misguided effort to get rich on Lego coins. LB2 also features mid-level check points which should save the more experienced gamers who play with their younger family members a trip to Arkham Asylum themselves.

Expect to see extra heroes and villains available as downloadable content and a roster of about 70 playable characters. You can also swap their weapons and capes around. So if you consider Aquaman with Wonder Woman’s magic lasso and Superman’s cape to be a new superhero, then really, the possibilities are endless.

Comic book aficionados should expect to find Lego Batman 2: DC Super Heroes in stores on June 19, 2012 for every traditional home and portable console currently on the market (so everything but iOS and mobile phones). 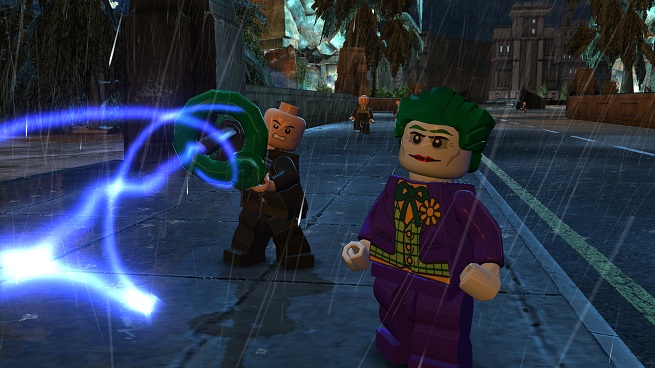