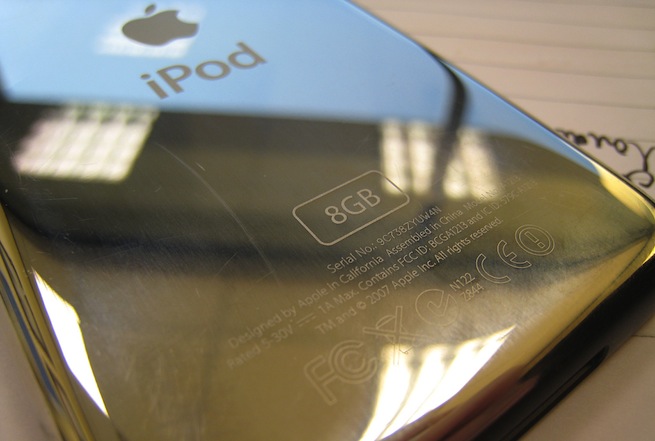 Given the chance, you would probably turn your iPod Touch into a fully working iPhone, right? TextMe is launching in the U.S. today with an app that will get you close to that dream.

“The real vision is to deliver a full feature communication set to any connected device,” said TextMe co-founder Christophe Bach.

Bach explained that right now, people who want free communications on their Internet-connected devices will generally turn to apps like Pinger for text messaging, Tango for video calls, and Skype for voice calling. TextMe puts all three of those functions together in a single app.

San Francisco based TextMe was originally launched in March 2011 as a free, texting-only application, competing with the likes of Pinger. Thus far, the company has seen more than 5 million downloads, with 750,000 active users. The app was made for people who owned an iPod Touch, but wanted to be able to text — in other words, cheapskates or students who don’t want the $2,000 commitment involved in a typical 2-year smartphone contract. TextMe gave them a phone number for texting and turned what was originally an MP3 player into a communications device.

With today’s new features, however, TextMe now lets you make calls from that iPod Touch to any kind of device, turning the iPod into a phone. The other user doesn’t need to have the app installed, and can be on an ordinary phone line, similar to Google Voice. TextMe can make calls over voice-over-IP connections, carrier connections, and data connections. Video calls can only be made when the recipient already has the app installed, however, over Wi-Fi.

I asked Bach if he was using Twilio to perform some of these functions, but he said the team built their own intermediary between the carriers and the app. He noted that Twilio was expensive, but still an impressive service. His team simply had to the know-how to do it themselves.

The app itself is free, and only available on iOS, but you will need to earn minutes to use it. You can earn minutes by watching advertisements, or by signing up for different promotions. I like this part of the app because it’s very clearly marked what promotions will later cost you money, how many minutes you will earn by signing up (or watching an ad), and it’s easy to compare effort to gain.

Bach says his original texting app is still profitable, and the company remains bootstrapped to this day. 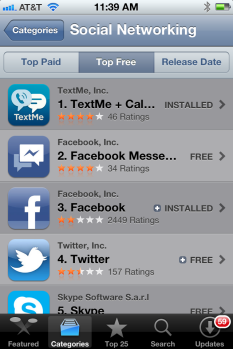 Following an industry trend, TextMe is moving away from using UDID, or the personal identification number associated with every phone, for advertising. Recently, Apple made a move to ban the use of UDID in applications across its app store, as a move to show the company cares about privacy. UDID, however, provides a lot of valuable information about a user, which ad networks use to price how much they’ll pay per impression. Bach explained that around half of the ad networks TextMe is working with now use UDID, but that the general sense amongst mobile developers is to get off the system.

The subject of UDID has been a point of contention for many developers, however. MoPub, a company helping developers monetize their apps, believes that without the use of UDID, the worth of an advertising impression is reduced significantly. In fact, the company projects that developers could lose 24 percent in ad revenue just because without UDID, advertisers will pay less for each CPM (or cost per mille). Bach, however, expects ad networks to switch from using UDID to other sources of data soon.

“They’ve been pretty fast providing an alternative,” he said. “I’d say within weeks or months it will be a solved issue.”

The company executed a soft release in Canada last Friday, the same day as Facebook became a publicly traded company in the U.S. The app flew up in Apple’s Canadian app store, bumping Facebook itself out of the top spot among social apps. That said, Facebook shares aren’t being sold in the Canadian market, but it’s still an impressive claim given the hype around the IPO.

“Facebook is from the past,” Bach laughed, “It’s TextMe now!”