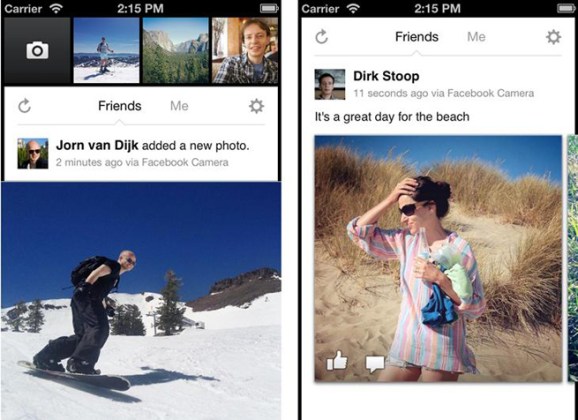 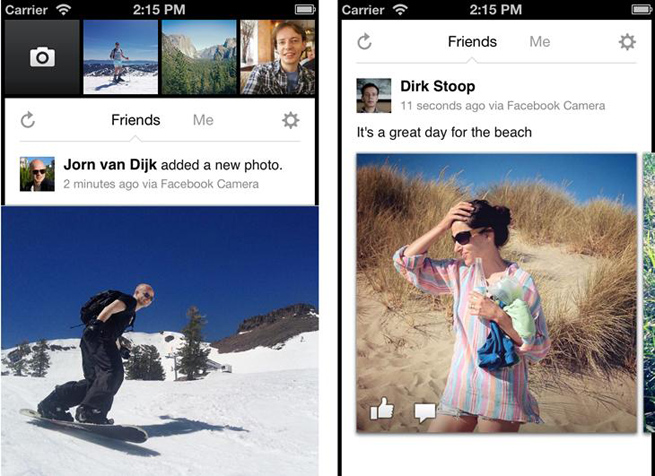 Facebook has launched a stand-alone camera application for the iPhone to help people share photos faster and easier on the massive social network, the company announced today.

Although Facebook paid $1 billion to acquire photo-sharing service Instagram, the Facebook Camera app seems focused on bulk uploading your photos from your iPhone to Facebook rather than helping you re-touch and add effects to photos. The new app does let you edit, crop, rotate, and add filters if you so choose. (We think i is a little weird to include filters when that’s Instagram’s big focus.) Besides uploading photos, you can also use the app to browse your friends’ Facebook images.

The app appears to be a response to Google+, which recently released beautiful new photo-centric apps for iPhone and Android. Google+ hasn’t caught on with users for status updates, so it hopes it get people to come for photo-sharing. Facebook isn’t going to just sit back, apparently.

And you can watch a video outlining the Facebook Camera app below: