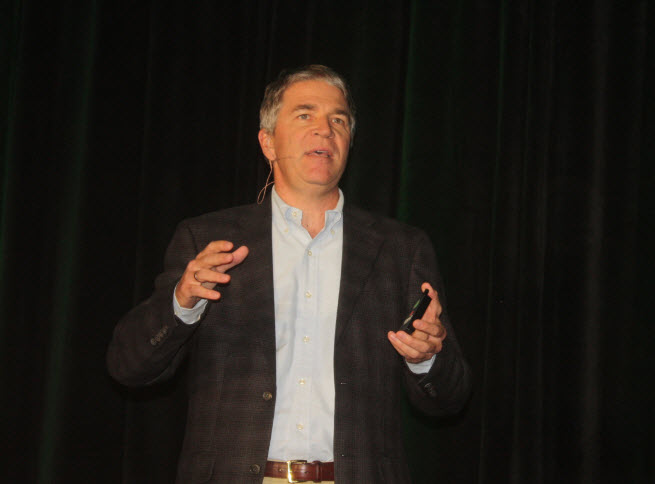 Jen-Hsun Huang, chief executive of graphics chip maker Nvidia, said today he expects this year to be a breakout year for his company because years of investments in mobile chips will begin to pay off.

Nvidia’s business will grow thanks to growing acceptance of Tegra 3, a mobile processor that combines Nvidia’s high-end graphics with five computing brains. A leader in PC graphics, Nvidia has reinvented itself in the last five years to become a major player in mobile graphics chips. It competes with huge rivals such as Intel and Qualcomm, and it is holding its own on that front, Huang said.

“It stands to reason that because mobile and cloud computing are new paradigms, new computing paradigms would have to be invented,” Huang said. “There’s a new growth market in mobile.”

So far, Nvidia’s partners have shipped two phones with Tegra 3, including the HTC 1x and the Fujitsu Aero. This year, Nvidia expects that 30 Tegra designs will hit the market this year, compared to 15 last year, said Mike Rayfield (pictured), general manager of the Tegra business. In 2011, the Tegra 2 designs were used in 34 tablets and 67 smartphones. And that has generated a $400 million revenue business to date for Nvidia.

Nvidia has also just received AT&T’s certification for Nvidia’s LTE data modem chip. That means it could be used in phones that access AT&T’s LTE high-speed data network. That could help the company get off the ground in the U.S. market. The modem chips are built by Icera, a startup that Nvidia recently acquired.

Last week, Nvidia started talking about Kai, a mobile platform that could be the heart of an Android tablets that cost less than $199. And Nvidia has high hopes for Windows RT, the ARM-based software platform that Microsoft will release for tablet computers later this year. Those tablets are expected to give Apple a run for its money, finally.

“Mobility is going to be the most significant part of this new market,” Huang said. “These aren’t PCs. They don’t connect to printers. People don’t worry about that. It’s a different device from a PC.”

Nvidia had a tough time in the past quarter because it couldn’t get enough high-end 28-nanometer wafers from its contract chip manufacturers such as Taiwan Semiconductor Manufacturing Co. The demand for chips was there, but Nvidia couldn’t get enough chips out to meet that demand, Huang said.

Nvidia is pushing mobile apps that make use of its chips. The Tegra Zone on Android devices has been downloaded more than 3 million times. Rayfield also showed a cool-looking game dubbed Dark Meadow: The Pact working on a Tegra 3 device. It had high-end 3D graphics and realistic lighting and shadows.

By next year, Nvidia expects to launch two new chips: one code-named Wayne for the high end and another code-named Grey for the low end. 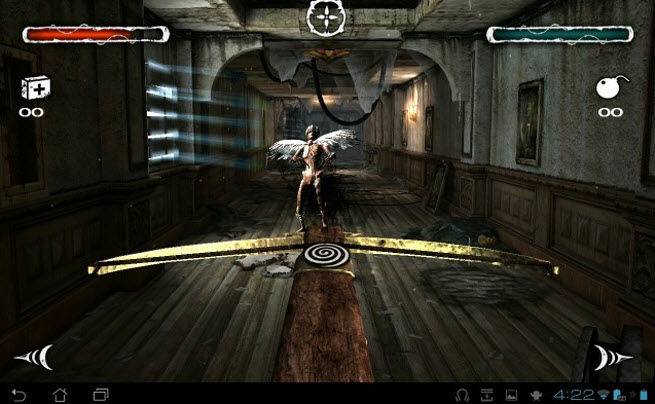