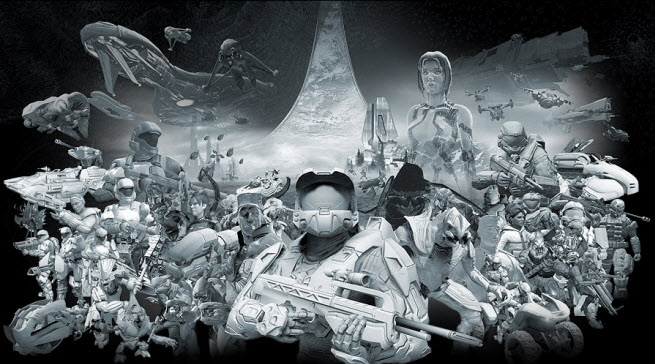 The contract between Bungie, the celebrated maker of the Halo series, and Activision Blizzard was unsealed this week in litigation related to Activision’s feud with the co-founders of Infinity Ward, creator and former developer of the Call of Duty series.

As the Los Angeles Times reported, the 27-page document is the most detailed revelation of how to cut a modern deal between a super game studio and a giant game publisher. And based on a look at the contract, it seems like the deal is quite favorable to Activision and very challenging for Bungie, which signed with Activision after spending a decade working on Halo with Microsoft. The deal says that Bungie will make four massively multiplayer online (MMO), sci-fi, fantasy, action shooter games for Activision. The contract speaks volumes about publisher-developer relations.

The contract designates these as Destiny Games #1 through #4. The first game debuts in the fall of 2013, with a sequel following every two years. A major downloadable content (DLC) title (code-named Comet) also debuts in between major releases. Initially, Destiny will be an Xbox exclusive, but the PlayStation 3 version will come out in 2014. Bungie itself will hand off the PS 3 version to another developer. Bungie will own the intellectual property.

But in exchange for that, Kirkland, Wash.-based Bungie gave up a lot. Observers believe the games could easily cost $40 million to develop, with marketing budgets equal to that. If you add in 10 percent for overhead, the breakeven number for sales would be about 4.7 million units, according to one source who declined to be named. To get all of the bonuses, the average Bungie Destiny game might have to sell 13 million units or generate $804 million in revenue including the expansion pack’s sales.

Ben Schacter, an analyst at Macquarie Equities Research, said in a note that the bonus and royalty structures in the Bungie-Activision contract are “meaningful and quite positive for long-term investors” in Activision Blizzard. The game series as a whole must hit an operating margin of 25 percent before Bungie is eligible for meaningful royalties. That means that employees may have to stick around for years before they see a big bonus, and it could be tough for Bungie to hold on to its talent for a long time.

The contract was dated April 2010, so it is possible that it has been amended. In the document, the royalty payments are based on a series of operating income thresholds. The operating income hurdle is operated as a deficit account. That means that the deficit in one year will be subtracted from the following year’s operating income before calculating any royalty payments. Operating income is the money left over after you subtract game-related development, marketing, advertising, promotion, production and distribution expenses from net revenue. Activision can also terminate the contract if the first game does not sell 5 million units within the first six months.

The contract shows that Bungie is very confident that it can hit the 25 percent operating margin hurdle. For operating income up to $100 million, Bungie will receive a quarterly royalty of 20 percent. For operating income of $100 million to $400 million, the royalty rises to 24 percent. For $400 million and up, Bungie gets 35 percent. If the series hits $750 million in operating income, Bungie gets $25 million. It gets $25 million more if the operating income tops $1 billion. Activision can reduce the royalties if the games come out late. Bungie is contractually required to focus most of its resources and key people on Destiny, and the release of the games may come as either digital downloads or physical disks. The Destiny game is expected to debut on both the Xbox 360 and its successor.

If Bungie’s games hit a 90-plus rating on GameRankings.com, a review aggregator, then it gets another $2.5 million. That tells you that ratings for games aren’t viewed nearly as important as the operating income targets. In other words, making a ton of money from consumers is more important than pleasing the critics.

The contract also showed that Bungie is working on a successor to Marathon, the original Bungie game that became a cult hit after it was published in 1994 on the Mac. But Bungie can devote no more than 5 percent of its staff to work on the Marathon title. In 2018, Bungie is free to work on action shooters other than Destiny as it wishes. And while other developers may work on the DLC, Valve, Gearbox, and Epic are banned from doing any Destiny or Comet adaptations.

Other miscellaneous contract stipulations include: The game will fit into a “teen” rating, each Bungie employee can only receive two Activision games as gifts each year, and Bungie also has to disclose all Easter eggs, or secret rewards, hidden in the game.

We’ve asked Bungie and Activision for further comment on the contract and have not heard back from either party yet.