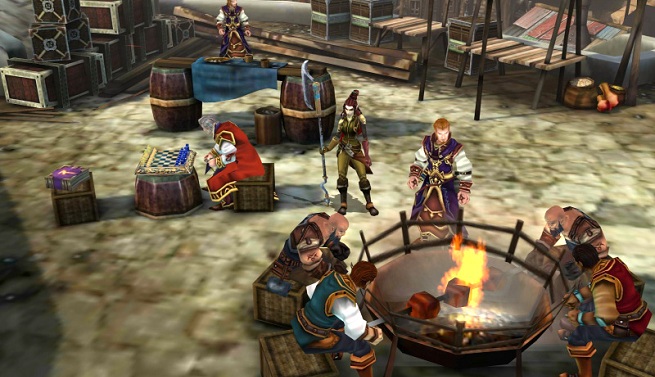 Let’s face it: In order to get the most out of Heroes of Ruin on the Nintendo 3DS, you’ll have to interact with another human being at some point. It might be locally with friends, online with strangers, or on the street with your neighbors. While they will offer you several options, developer N-Space is placing a heavy emphasis on multiplayer for its upcoming dungeon crawler. So here’s a look at three ways the company is encouraging players not to take on Heroes of Ruin by themselves as they search for a cure to heal the leader of the city of Nexus:

1. Easy-to-manage co-op. One of the things that stuck out to me the most about Heroes of Ruin is when Charles Stuard, senior designer for N-Space, told me that, “You don’t need the Internet to play our game.” That shouldn’t be a novel concept, but in light of the server troubles Diablo III fans experienced with that title’s persistent-connection-just-to-play requirement, it is.

Heroes of Ruin supports local co-op for up to four players who can all drop-in and drop-out at will. The game also scales the number of enemies and difficulty based on how many people are present. If someone pauses to sort through his inventory or distribute skill points from a level gained, he’ll temporarily be “out” so no one is left at a disadvantage. Plus, since you don’t have to be online for a LAN party, you and your comrades can take the fight outside. Not only will you destroy your enemies, but you’ll also defeat your low levels of vitamin D. 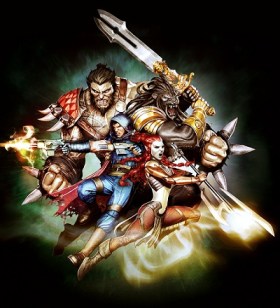 2. Voice chat. Talking to someone through the Internet is pretty standard for many online console games. For the portable 3DS, however, it’s not very common. In Heroes of Ruin, you can talk to your friends (or strangers) online while you quest together, hear their funny banter, and save everyone cellphone minutes. I suppose you could also coordinate some strategies to complete the quests. If someone says one too many negative things about your mom, just mute him. You can also silence your own mic for, you know, when you don’t want your teammates to know you’re hacking away while sitting on the throne.

3. One hero’s trash…. If you ever come across powerful or rare items in Heroes of Ruin that your character can’t use, just sell them anyway. The game’s Street Pass function will pick out the twenty best things you’ve unloaded and swap them with the most valuable loot of the people you come in contact with. The gear then shows up in your file’s Trader’s Network, and you can pick out the best swag.  N-Space has created over 80,000 items for this game. As a result, one of the best ways to get some premium weapons and armor just might be to take it from the pile of unwanted junk from players of different character classes who you pass by.

There you have it. Though N-Space isn’t directly telling Heroes of Ruin players to socialize with other members of the species, it certainly is promoting it by taking advantage of the 3DS’s connectivity features. Expect publisher Square Enix to release the game on July 17, 2012.