You’re building a tablet app, and you need to make decisions on what platforms to support. Here’s how to pick the tablet platform that’s right for you … and will result in the most sales of your app.

The choices are well-known:

For some people, the choice might be obvious. But sometimes there can be market advantages to targeting a less-obvious platform. Let’s look at the alternatives.

Why you would pick iOS

Apple’s iOS is the acknowledged leader in tablet sales. According to Gartner, the iPad will destroy the competition with 61 percent of sales in 2012. So it’s pretty obvious why you’d develop for iPad: that’s where the users are. Not only are the most people on iPad right now, but the types of people are attractive to app developers. Simply put: they have money and they’re not afraid to spend it. That’s an attractive user base.

On the downside, there is a lot of noise in the iOS world. With more than 500,000 apps for iPhone and 200,000 for iPad, your app faces some major challenges getting noticed. That said, if you are a major brand or have deep pockets, you can likely break free from the pack.

Why you would pick Android

If iPad is the leader, Android is the very strong contender … and there’s recent history to suggest that Android may not always trail iOS in the tablet market. After all, Android leads in the smartphone market, after initially trailing the iPhone. According to the same Gartner study cited above, Android will make up about 32 percent of tablet sales in 2012, growing to 37 percent in 2016.

So Android has a very significant number of users. A third of a large market is still a pretty large potential audience, and Android is expected to account for about 35 million tablets this year. (For a caveat about these numbers, see Kindle Fire below.)

There are other reasons to choose Android for your tablet app. There’s less noise in the market — fewer dedicated tablet apps — which means that yours has a better chance to be seen. In addition, if your app is well-designed and user-friendly, it will stand out in stark contrast to other Android apps, which, unfortunately, largely suck.

But also, if you want more control of what you’re developing and how to market it, the fact that there are multiple Android markets and fewer ecosystem constraints mean that you have more freedom in how to build and market your app.

Why you would pick Kindle Fire

In the Android section above, I listed a caveat, and for a good reason: the Kindle Fire accounts for easily 50 percent of all Android tablet sales. That’s one reason for breaking it out from the larger Android pack, but the more important reason is that Amazon pre-loads a Kindle-fire-specific app store on all devices it ships. The Amazon app store makes Kindle Fire a cross between Google and Apple: Android inside, but with an an Apple style, curated, send-us-your-apps-for-approval market.

That said, it’s hard to ignore two things: the sheer number of Fires being sold, and Amazon’s amazing ability to move product. With Kindle Fire users making up large percentages of overall tablet web traffic, it’s clear the devices are in use.

Pick Kindle if you’re an Android developer and you want another sales opportunity for your app, or if you think that your app will monetize better in Amazon’s garden. Content apps would seem to be a good bet with Amazon’s core user base, and some developers see opportunity in the platform.

One caveat for Kindle Fire: be aware that Amazon does implement some questionable marketing tactics which could affect your app’s sales … such as offering it for free.

Why you would pick Windows 8

Windows 8 Tablet is a true dark horse: Currently, there are almost no sales. However, HP is restarting its tablet adventure with Window 8, and Gartner says that Microsoft will move about five million units in 2012.

That number won’t make any developers jump for joy, but Microsoft has a history of being persistent, and it’s got the largest installed base of them all with the Windows PC market. As those customers upgrade to the latest version of Windows, there’s a good chance many of them will move to Windows 8 on tablets, and you might want to be there, waiting for them, when the market takes off. On top of that, the Windows 8 platform, whether on phone or tablet, is definitely an interesting and different take on interfaces of the future.

The best reason to develop for Window 8 right now, however, might be this: Microsoft may be willing to pay you. Or guarantee a certain level of revenue. 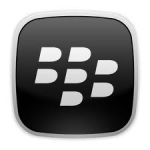 Why you would pick BlackBerry

This is a tough one. Projected sales for BlackBerry tablets are even lower than Windows 8 tablets, at under three million. And while the underlying operating system, QNX, is geekishly interesting, those numbers will not make your finance department happy.

The one reason to pick BlackBerry: similar to Microsoft, RIM may finance your development as it struggles desperately to remain relevant in the tablet space. But don’t be shocked if the platform disappears under your feet before the end of 2012.

Why you would pick HTML5

I wasn’t sure I would include HTML5 in this list, as it’s not a platform in the same sense as the above ecosystems. However, it deserves a mention. 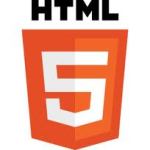 Pick HTML5 if you believe that the app explosion we’re currently seeing in mobile is a passing fad, and that the power of the internet will eventually triumph over each niche ecosystem.

Theoretically, all the tablet platforms listed above support HTML5 applications. But while in theory there is no difference between theory and reality … in reality there is. Be aware that there are differing levels of support for HTML5.

Perhaps worse, there’s no defined distribution, marketing, or monetization model. But if you can solve those problems, you can sell your services to just about anyone: tablet users, web users, even smartphone users.

Ultimately, the platform you choose will determine how you build your app, and how you market it. Most importantly, it will determine who you can sell it to. Almost certainly you will choose, either initially or later in your app’s life cycle, a multi-platform strategy.

Picking the first platform well is your key to success.