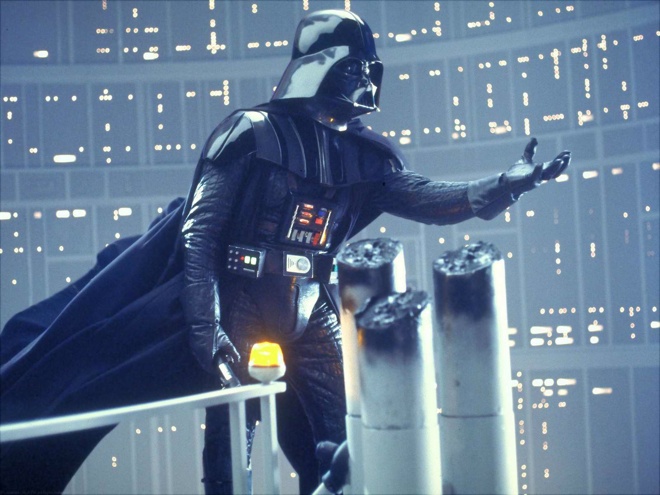 It’s safe to say that growing up I never thought I’d be a VC.

It’s not that there’s anything inherently wrong with venture capital. It’s just it’s not part of what I thought being a good geek was all about.

There’s a very well-defined model for becoming a successful Silicon Valley technologist. You study computer science, math, or engineering in college. Then you intern at one of the great software titans. Perhaps you routinely commit code to an open source project on Github, suffer from a crushing caffeine addiction and/or a nocturnal sleep schedule, and own a track jacket emblazoned with a tech company’s logo.

But few good geeks become VCs. It’s hard to stay a razor-sharp hacker when you spend more time in Excel than you do in Eclipse, and ditching sandals for a pair of loafers can be hard to stomach. In fact, much of what the tech community thinks VC’s are like is antithetical to the image of the model Silicon Valley geek – enough so that many of my friends from college lovingly refer to my decision to become an a VC as “joining the dark side.”

For most of my life it seemed like I fit well into the model of what a geek should be. I started playing with computers and programming early on (I could type before I could write cursive). By the end of high school, I knew I wanted to spend the rest of my life making technology that solved big problems, and in 2006 I entered San Jose State as a computer science and math major. I was a flip-flop clad fixture at our school’s computer science club, and I definitely spent more time on TopCoder than I did at frat parties.

But when I started doing summer internships in engineering, I realized that I didn’t fit as neatly into the model geek image as I previously thought. I had the pleasure of spending my freshman and sophomore summers at Electronic Arts and SAP, and at both places I learned that building great software wasn’t just about writing well-documented code and hitting the compile button.

More startlingly, I learned I liked navigating and managing the product process even more than I liked writing code. I wanted to make technology that made a difference, and I wanted to explore how I could use my passion for working with people and with code.

So, to use startup terminology, I pivoted. In my remaining time in college I explored the dark arts of economics and business. Exploration led to obsession, and I ended up graduating as an economics major and computer science minor.

My professional life mirrored my life back at school, and I explored other roles in tech that would allow me the opportunity to work with lots of different people – engineers, managers, customers, etc. Product management turned out to be a perfect fit..

After two summers interning, I joined NetApp full time in 2010 as the company’s first NCG (New College Grad) product manager. NetApp was an amazing place to be a young PM. Having responsibility over a product line can be difficult for someone fresh from college, but I was surrounded by amazing co-workers that mentored me as I learned the mechanics of product management and cultivated my leadership skills.

NetApp was an amazing experience, but after two years I decided I wanted to try something different. In my last year as a PM I started getting very interested in the startup community in San Francisco. Once a month, I drove into the city to attend a tech meetup and pitch session called SF New Tech.

I found myself fascinated with the people I met there. The “make it or die trying” attitude of founders, the willingness to sacrifice everything to make a difference –the ideological drive and passion necessary to succeed in a startup spoke to how I approached technology and the tech industry.

Startups also spoke to the entire reason why I was in tech in the first place. My parents ran a small dot-com in the late 90’s, and a lot of what I learned early on about the tech industry came from them and their experiences navigating the first tech boom.
I wanted to leverage my background to help people like my parents and the people I met at SF New Tech. After careful consideration and some research, I realized venture capital could be a great way to become bilingual in both “geek” and “suit”.

One of the first lessons I learned in venture was the value of serendipity. Serendipity is core to the success of being a VC. Finding the next Facebook or Google is firmly rooted in being at the right place at the right time, and a significant portion of being at that crucial place and time is governed by serendipity.

My way into VC was fittingly serendipitous. I met my friend Adam randomly at a mutual friend’s birthday dinner, where we bonded over a shared appreciation of good drinks and cryptography. As we got to know each other a bit more, I learned Adam was an associate at a fairly unique VC firm called GGV Capital. A year after we met, Adam tracked me down – once again at a party – to offer me the opportunity to replace him at GGV.

Passion is a critical resource at GGV Capital, and they’ve allowed me incredible flexibility to explore mine as an associate. We care a lot about what we invest in, and it’s critical we work with teams who are just as excited about technology and making a difference as we are – if not more. I’m very excited about big data, cloud computing, gaming, and information security, so I plan to drill deep on all of these topics and work with entrepreneurs changing the game in these fields.

It doesn’t really matter whether your business card lists you as an engineer, a product manager, an entrepreneur, or a venture capitalist. Whether you hack code or write term sheets, the only thing that really matters is how you uniquely contribute to the process of innovating and creating great technology.

Andrew Manoske is an associate at GGV Capital, an expansion-stage venture capital firm focused on the U.S. and China with $1 billion under management.