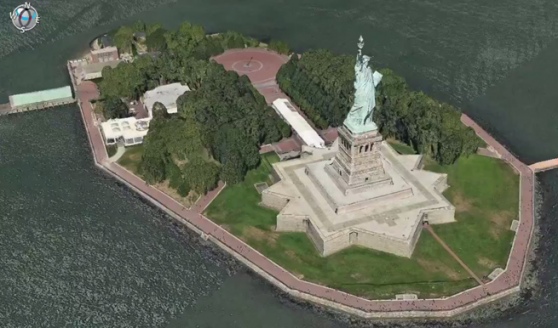 Apple is said to be releasing a new maps application at its developer conference WWDC this year, and photos of the rumored app show slick 3D-imaging. 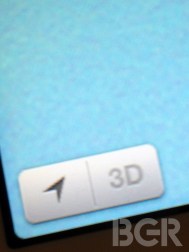 Above: Image of rumored Apple Maps from BGR

Earlier this month, rumors that Apple was dumping Google Maps in favor of its own map application cropped up. The company, which is known for creating its own software, is said to be including the custom-built mapping tool in iOS 6, the next installment of its mobile operating system. BGR says its sources have obtained images of the new map app. The shots are fairly blurry, but give us a good indication of what the final product could look like. 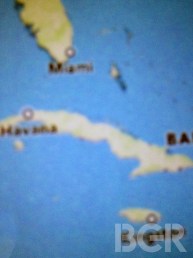 Above: Image of rumored Apple Maps from BGR

In October, Apple acquired 3D-imaging company C3 Technologies, which focused on creating 3D images for maps. At the time VentureBeat’s Matt Marshall estimated the deal to be worth around $240 million, though the terms were unclear. Apple will undoubtedly use the technology to integrate 3D cityscapes, neighborhoods, and more. BGR’s sources say you will access the 3D by swiping the page turn symbol in the bottom right corner. You can toggle between this view and regular map view by using a 3D icon will appear in the bottom left corner of the app, along with the Locate Me button.

It looks like Apple will release iOS 6 at WWDC in June. The company released the schedule for the conference today as well as an event application for the iPhone and iPad. The app also includes a map of the Moscone Center in San Francisco, Calif. where the conference is taking place, but don’t count on it using the new maps app.