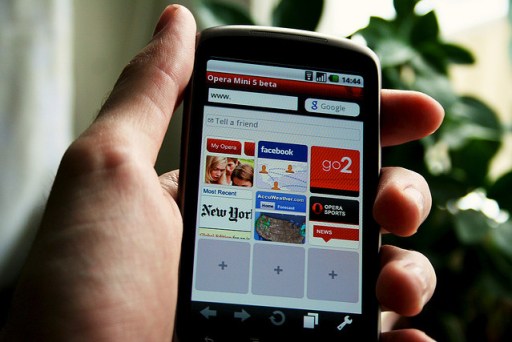 The latest beneficiary is browser maker Opera, whose shares jumped 26 percent Tuesday on the speculation that it’s in Facebook’s acquisition crosshairs, Bloomberg notes. The move brought the share prices to its highest since the company began trading in 2004.

Rumors of the deal came last week, when Pocket-Lint reported that Facebook was mulling over buying Opera in an effort to increase its presence in the browser market.

The deal, of course, made sense. As VentureBeat’s Devindra Hardawar noted, buying Opera would give Facebook a big competitor to mobile browsers like Safari and Google’s Android Browser. It would also help solve Facebook’s general inability to make money on mobile, seeing as how Opera actually makes money in that realm. Sounds like a perfect fit.

Opera has also been in the midst of an expansion push, adding 150 million users of month in high-growth countries. Those could be the type of metrics that would attract Facebook’s attention.

As far as pricing goes, some analysts speculate that the deal could cost Facebook $1 billion.