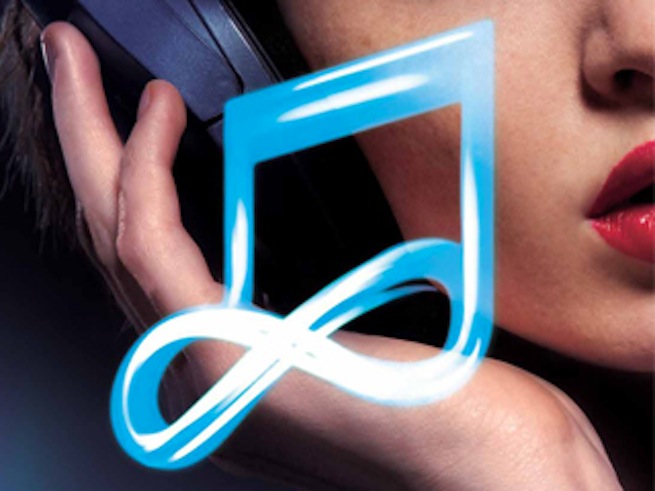 Samsung has released new details/a> of its forthcoming streaming music service, Music Hub, and it might even turn out to be more than just another iTunes competitor.

The service aims to provide a media service for owners of Samsung’s mobile devices, much in the same way that Apple has done with iTunes on the iPod and iPhone.The service itself would allow Samsung device owners to store their digital music files, gain access to it where ever there’s an available internet connection via the cloud, and purchase new music through an online store.

Music Hub will roll out across Europe Tuesday for owners of the Samsung Galaxy S III smartphone, and eventually it will add support for devices like the Galaxy S II and Galaxy Note. Most likely, the U.S. will be able to get its first taste of Music Hub when the S III hits shelves here in July.

Previously, Samsung largely relied on the Google Play store that is integrated in the Android OS used on most of its mobile devices to entice customers. However, that option closed Samsung off to the possibility of gaining new revenue through media sales, and ultimately growing loyalty among its customers similar to Apple’s customers.

“Samsung is not known for our content services; we make good hardware products but we haven’t done much in the content space but that’s changing,” Samsung SVP of Media Solution Center T.J. Kang said in an interview with Reuters. “We are doing it to create a better experience for our users. There are things we could do better if we have complete control over all of the service.”

Samsung acquired mSpot earlier this month for a reported $8.8 million to further its desire to get into the streaming media business. And aside from its top dollar purchases, part of how Samsung plans to make its own Media/Music Hub service go beyond the iTunes model is by cherry-picking features from other popular services.

Unlike iTunes, Samsung’s Music Hub will give its customers the option of subscribing to a premium version of the service for £/€9.99 per month that gives them virtually unlimited cloud storage space for their media as well as “smart” radio features found on services like Pandora and Last.fm.

It’ll be interesting to see if people actually prefer using Samsung’s new media hub over competing music services (like Pandora, Spotify, MOG, and Rdio) and digital media stores (Google Play, Amazon) — all of which have a pre-established base of users that currently have no reason to start using something new. (Of course, I won’t really be able to make a fair assessment until Samsung launches its Music Hub service in the U.S.)