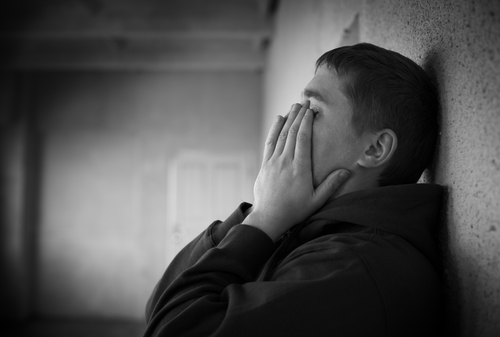 It may be time to sack your therapist. The researchers conducting the world’s first clinical study on the use of smartphone apps to treat depression have given VentureBeat a preview of the results. 73.5 percent of depressed participants who used an application called Viary, were no longer considered to be depressed by the end of the study.

Depression is a common and costly problem in developed countries. 15 to 17 percent of the population will suffer from a depressive disorder at some stage in their lives and depression is expected to be the highest disease burden, or the health problem with the greatest negative impact on society in terms of financial cost and mortality, by the year 2030.

81 people participated in the study over 8 weeks. Participants had to be at least mildly depressed, meaning they scored 0-13 on the Beck Depression Inventory or BDI-II scale, one of the most widely accepted measurements of depression, to qualify for the study. Most of the participants were at least moderately depressed (20–28 BDI-II), with a mean score of 25 BDI-II.

Participants were split into 2 groups. The first group used the behavior-change application Viary while the second group used a mindfulness app not specifically designed to treat depression. Each weekend participants wrote about the highs and lows of their week and the only contact with a mental health professional was a short response written by a psychology student. Treatment therefore mainly involved usage of the assigned applications.

The Viary application prompted users to engage in approximately 100 behaviors known to help relieve depression and tracked their progress. These behaviors were designed to help the depressed person add structure to his everyday life by doing simple tasks like getting out of bed in the morning when the alarm rings or cooking a meal, and to increase social contact and participation in novel activities. The mean value for the group using Viary was 25 on BDI-II before the treatment started and 13 when the treatment concluded.

The second group used The Mindfulness app from MindApps which is loaded with audio tracks that guide the user towards developing greater mindfulness. Users could track their progress by how much time they spent listening to various tracks. 53.1 percent of users from this group were also relieved of their depression over the course of the study. The conclusion of the researchers is that the improvement in the mindfulness group was explained partly by the support given by the psychology student and also the fact that the group was prompted to use the mindfulness app everyday. Although the mindfulness app did not directly target depression, practicing mindfulness regularly has been shown to improve mental health.

Viary was created by a Swedish startup called Hoa’s Toolshop. The Hoa of the title is a clinical psychologist who spent a year on Tokyo in the pre-iPhone era and saw the degree to which mobile phones had been integrated into everyday life in Japan. He spotted the potential of apps to map personal values or objectives on to concrete behaviours, in other words to bring we do into line with what we say.

Let’s say you you want to improve the way you communicate at work, what behaviors should you engage in to help you to achieve this objective?  “Psychologists are experts in this kind of ‘A/B testing for the real world'”, says Hoa.

Viary is aimed at coaches, therapists, HR managers and others involved in personal development to help them to track progress between appointments. Clients like it too. “People like to gather data which makes their own development concrete,” Hoa explains.

Viary can be used to encourage and track any kind of behavior, hence its more recent application to depression. Hoa is also working on an application for consumers which lets them experiment with how behaviors they engage in during the day effect their sleep.

Hoa’s Tool Shop was founded in 2011, is based in Stockholm, has 4 employees (3 of which are psychologists) and is privately funded.