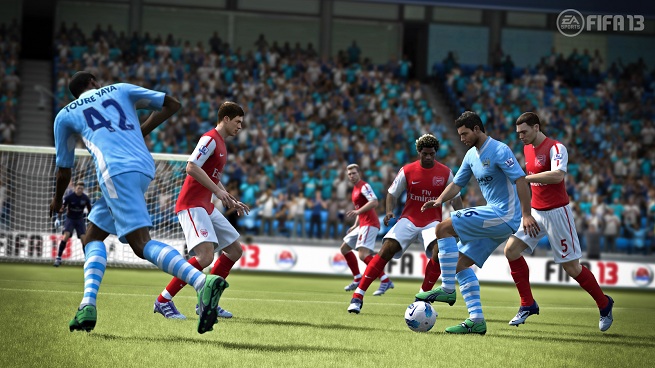 For developer EA Canada, tweaking FIFA Soccer 13 to be more like the actual sport is not so much about graphics this time around. Its focus is instead on gameplay improvements. The company is busy translating some of the subtle yet important ways that real-life athletes perform on the field into its latest franchise installment. While people who aren’t into the sport might see these changes as minutiae, soccer fans will likely welcome them like a game-winning penalty kick.

Keeping soccer fans engaged is important to the future of Electronic Arts, since FIFA represents a huge chunk of the company’s annual revenue. Tweaks like this one are important to get fans to get off the couch and buy a new game every year.

In FIFA 13, computer-controlled players are all a bit smarter. EA Canada says the footballers are able to read the developing plays and make adjustments in anticipation instead of just reacting to the ball. Teammates will also do a little stutter step to avoid ending up in an offside position when receiving a pass. It’s nice to know that the federation is making sure that all the digital athletes are up to date on the rules of the game.

As far as ball handling goes, the developer modeled the players’ footwork after Argentine football superstar Lionel Messi. FIFA 13 athletes in control of the ball can now dribble in a different direction than they are facing. This tactic can be effective for shielding the ball from opponents and making one-on-one matchups more unpredictable. 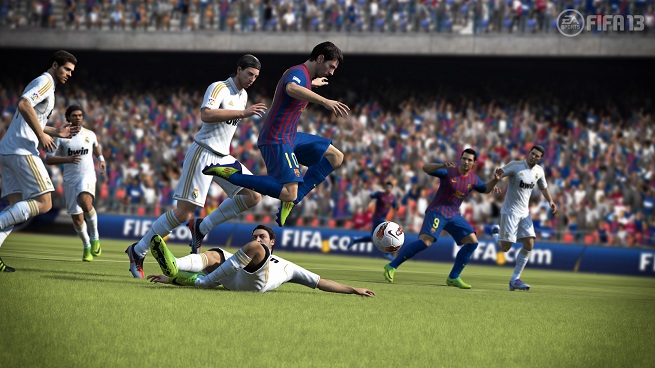 In an effort to make FIFA 13 follow the rules of physics more closely, EA Canada is scaling back the “perfect touch” phenomenon from previous installments. Players are now less likely to essentially catch falling balls with their feet with ease. Now, similar to what happens in the real world, high-flying passes can bounce off of the receivers, creating more turnover opportunities.

Defenders can also mess with the offense by using the tackle button to push, pull, and bully opponents. EA Canada is making this new level of aggressive play possible by building on its special physics engine…and by presumably using lenient referees.

Finally, FIFA 13 will feature an improved free-kick mode where the offense can use up to three players who can psych out the defenders by making fake runs at the ball to attack. The other team can, in response, add and remove players from the wall and have them scoot around a bit to try to block the kick.

If you take all of these changes into account, EA Canada is obviously aiming to give its core fans a more nuanced and realistic sports simulation with FIFA Soccer 13. After all, that’s the primary audience that will appreciate these gameplay tweaks. We’ll see if this installment can score when publisher Electronic Arts releases it in September 2012. 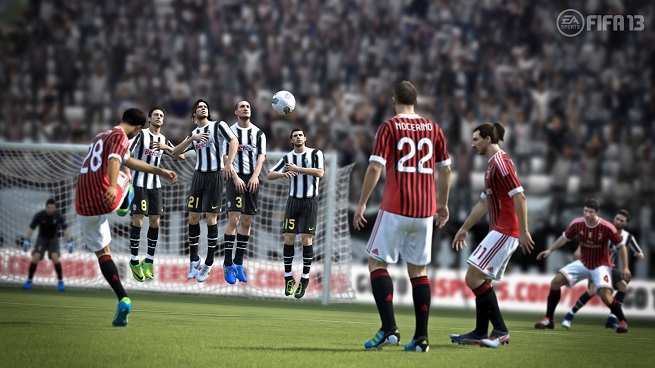