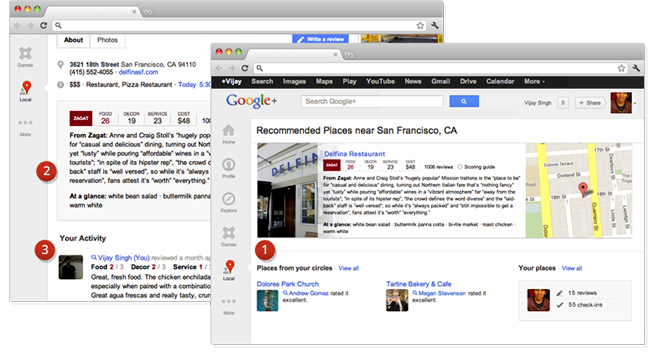 Google surprised a lot of people last fall when it announced that it was buying restaurant ratings company Zagat. Now, Google is finally making some moves with the buy via Google+ Local, an overhaul of Google’s local search.

With the revamp, Zagat reviews are now a key part of Google+ Local. The new local search adds restaurant ratings to Google Search, Maps, and as a new tab in Google+. Google will also be updating its Google Maps app for Android and iOS to add in new Google+ Local results.

As for the design, you’ll notice that Google’s five-star reviews are gone and replaced with Zagat’s 30-point scale. On the Google+ side, the Zagat reviews are joined by personal recommendations of connected Google+ users, which adds another layer of relevancy to search results and reviews. Clearly, Google is still serious about integrating all of its services into one cohesive whole.

All in all, it appears that Zagat is finally justifying the $151 million that Google paid for it. At the time of the acquisition, Google said that the Zagat reviews would become a cornerstone of its local offerings. Judging by the recent shifts and changes, its clear that that’s still true.

You can see a video detailing Google+ Local below: