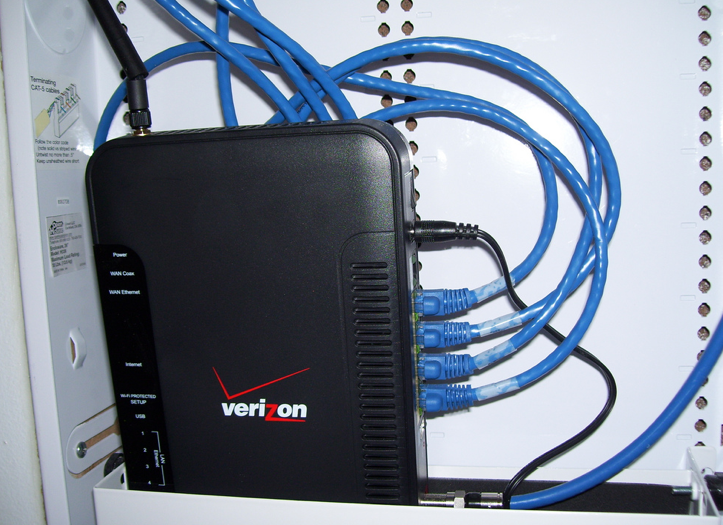 Verizon is adding a major new option for its high-speed FiOS fiber customers: a 300 megabits-per-second data service for households with heavy Internet habits. Using the new level, customers can download a 1.5-gigabyte file in less than thirty seconds.

The reason for the new tier of service is all about online video, which, as an ever-expanding data dominator, needs more and more bandwidth all to itself. Even Verizon is investing in streaming video via Viewdini, a video platform that combines the output of Netflix, Hulu, and Comcast.

Verizon says its new offering is meant for households with five or more constantly-connected, data-hungry devices. Absent from the announcement, however, is any mention of pricing, though the new offering is sure to top the $199, 150 Mbps package that Verizon currently offers.

FiOS is a big money maker for Verizon, which reported the service accounted for 63 percent of its consumer revenue during the first quarter of this year. Clearly, the company has a lot invested in increasing the service’s reach even further. As of last quarter the company counted 5 million FiOS Internet customers, out of a possible 13.7 million customers who live in areas where the service is offered.

But in terms of speed, Verizon is not alone. A competitor on the high-speed Internet front is Gigabit Squared, which recently raised $200 million to bring gigabit per-second broadband to a half dozen communities. Google has also been on the high speed hunt, having already begun work on its Google Fiber initiative in Kansas City, Kansas. Other ISPs and cable companies don’t even come close to Verizon’s new offering.

The biggest difference between the efforts of Gigabit Squared, Google Fiber, and Verizon FiOS is the scale of each service’s rollout so far. While Gigabit Squared and Google Fiber are still very much in development Verizon FiOS has bloomed into a service that many bandwith-hungry consumers desperately want but can’t get just yet.