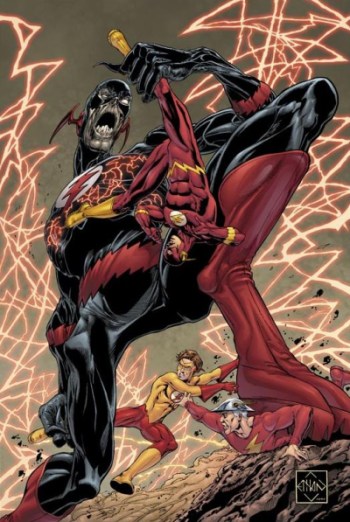 More than ever before, Adobe Flash will be a core part of the Windows experience in Windows 8.

Flash will be built-in to Internet Explorer 10, the browser that ships with Windows 8, and it will even be updated through Windows Update — something not commonly seen for third-party applications. Now a leaked memo from Adobe VP Danny Winokur, first reported by The Verge, reveals why Microsoft was so hell-bent on making Flash an integral part of its new operating system.

In regards to rumors that Microsoft licensed Flash to make the Windows 8 integration possible, Winokur said, “That is not the case. Microsoft received strong customer feedback that Flash is an important part of the Metro style browsing experience and invited us to consider doing this work with their support.”

The news is particularly interesting since we heard last fall that Microsoft was aiming to squash Flash support in favor of HTML5. At the time, Winokur didn’t seem too worried about that ever happening.

Much like how Android devices tout their Flash support against the Flash-less iPhone and iPad, Microsoft could use its Flash integration as selling point for Windows 8. Even Apple can’t run away from Flash in OS X, after all. It makes sense for Microsoft to try and simplify the usual headache around installing and updating Flash — though it does make things more difficult for power users who want to avoid it.

We have been working closely with Microsoft to ensure a great Flash experience in Windows 8 and recently finalized an agreement that is the basis for today’s release. Our work together has to a large degree focused on integrating Flash Player into Metro style IE10 with special privileges that enable it to run while other plugins still cannot (consistent with Microsoft’s earlier announcements about plugin-free browsing). We did this work with their support and cooperation on integrating with IE and Windows. We will deliver future updates to the Flash Player (both security and feature upgrades) through Windows Update in much the same way that Microsoft updates IE itself.