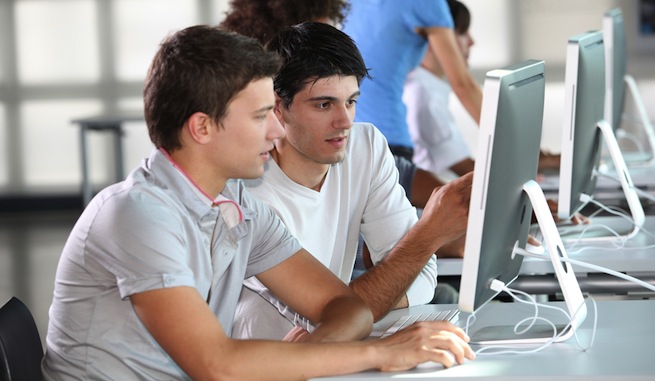 Those who belong to Generation Y — teens and twenty-somethings, including myself — are shaking up human resource departments, according to data from Salesforce Rypple. Young professionals born in the 80s and 90s are much more social than previous generations, are obsessed with their laptops, and hold the Internet on a high pedestal.

One in three college students and young professionals feels the Internet is as important as food, shelter, water, and even air according to a Cisco 2011 Connected World Technology report. We apparently breathe for the Internet and feel it’s a crucial part of our jobs.

While at work, we can’t stay away from our social networks. Checking Facebook ranks third in the top activities done at work, behind checking personal emails and checking company emails. However, 54 percent of businesses surveyed don’t allow employees to check any social networking site while at work at all.

Generation Ys are also drawn to hipper work environments like those in startups from Silicon Valley and beyond. We hope for perks such as free food, laid-back environments, team bonding experiences, and open workspaces in the jobs we go after.

Check out the infographic to enlarge and read more stats on how Generation Y is changing the workforce.

Young professionals on a computer image via Shutterstock