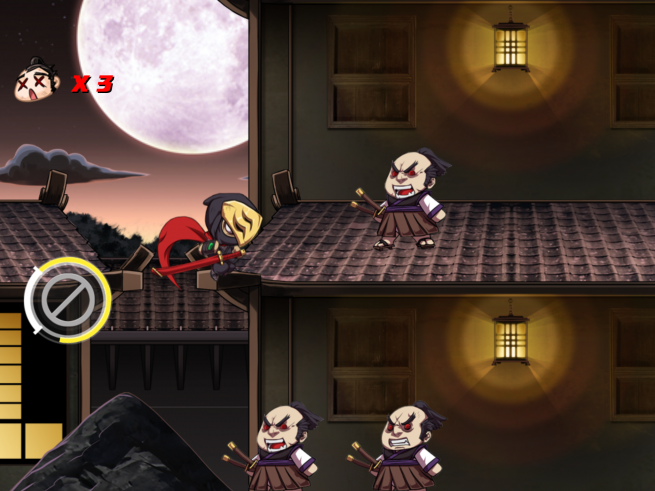 Imagine a game with all the attention to environment and jumping of Canabalt mixed with a ninja slicing through hordes of demonic samurai. That game is Go Ninja, the first project from mobile developer Hiptic Games.

You aren’t slicing fruit or collecting mustache power-ups in Go Ninja. You assume the role of a dedicated warrior cutting through an army of 50,000 demons in effort to eradicate the evil lurking in Takei Castle. The gameplay isn’t overwhelmingly deep, but sometimes simple functionality mixed with achievements is all you need.

Simplicity
Far too many mobile games get bogged down by overly complicated mechanics. Go Ninja gets around this by focusing on only two interactive elements: Swiping or tapping on the screen makes the ninja jump, and tapping on the power-up icon uses special attacks. You don’t control the ninja’s sword, and you don’t have to fuss with an awkward virtual D-pad.

Mobile games need simple control schemes. Hiptic Games founder Long Vo told GamesBeat in a recent interview that originally players could press a virtual button to make the ninja swing his sword. This feature was ultimately removed because it detracted from the game’s overall flow. Having to focus on power-ups, jumps, and attacks is fine with a controller but doesn’t translate well to a touch screen. 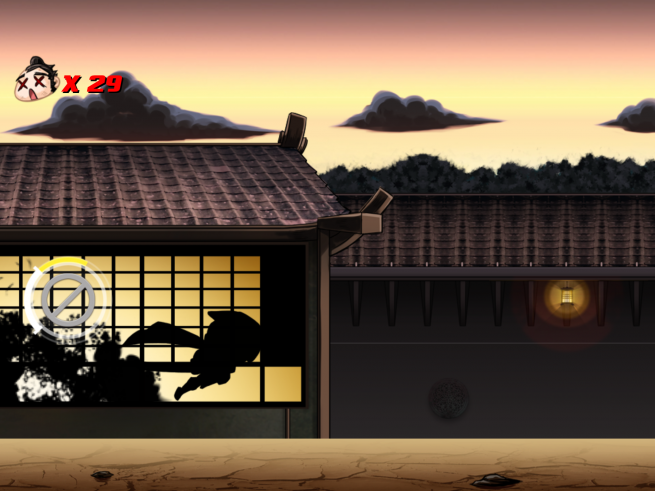 Goal-oriented achievements
Achievements are fun to earn when you have to push yourself to obtain them. In Go Ninja, you unlock achievements as you perform numerous kills and attacks. How you utilize the jump feature can trigger several distinct actions including how the ninja attacks and interacts with the  background. Jumping up into an enemy will perform a different attack than simply running head-long into one.

Some samurai hide inside buildings, and a well-timed jump just outside the door will make the ninja burst inside and send up a spray of blood against a paper screen. Do this often enough and a nifty achievement will pop up.

Ninja points
While you don’t have to drop real-world money on virtual currency, it’s very tempting to do it. Unlocking gameplay modes, other power-ups, and artwork all require a ridiculous amount of ninja points.

Power-ups are definitely the most accessible unlocks since they cost from 4,000-5,000 NP. Other options, which ultimately make it easier to get points once you buy them, cost anywhere from 10,000 to a whopping 100,000 ninja points.  If you play diligently, it’s easy to ignore that shiny “get more” button on the left-hand side of the screen, but if you want to progress quickly, you might give in. 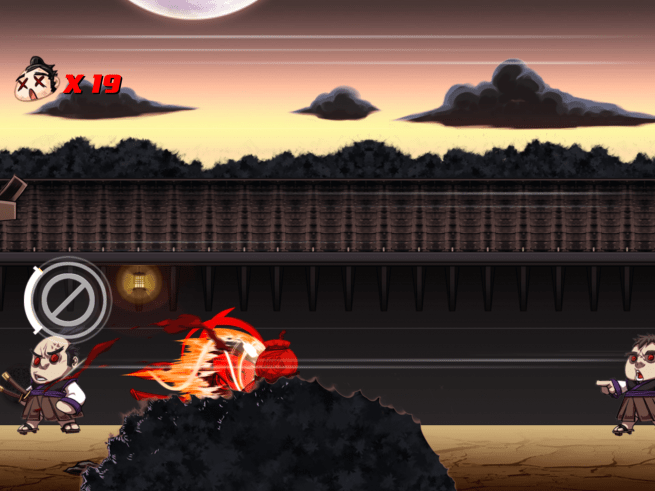 Go Ninja is exceedingly addictive. It takes the simple run and jump mechanics from games like Canabalt and injects just enough action to freshen the pace. You can easily lose an hour or two to this game as you try to best your score and unlock the in-game achievements and enhancements. Go Ninja isn’t always tremendously precise, but when you hit that perfect hack and slash flow, you feel almost unstoppable as you burst through roofs and behead scores of demons.

Go Ninja was released on June 1, 2012 for iOS and Android mobile platforms. Hiptic Games provided a final iOS build of the game for this review.