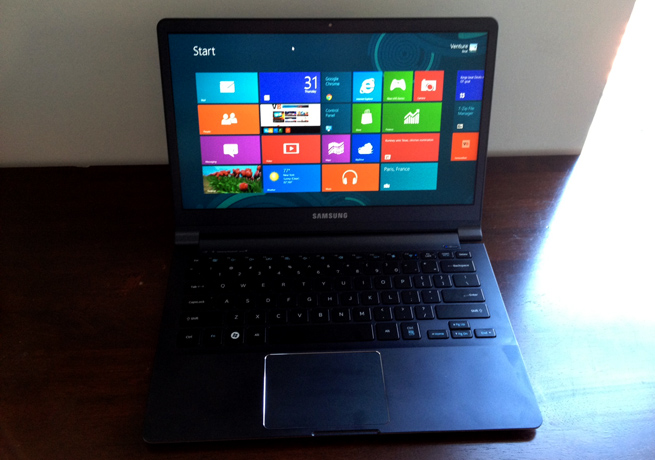 The upcoming Windows 8 operating system has some serious challenges ahead of it. In changing how Windows has fundamentally worked since Windows 95, some consumers are looking at this new OS and thinking it’s too radical a change.

But in playing with the just-launched Windows 8 Release Preview on a laptop with still-in-beta gesture controls, I’m starting to like Windows 8 better and beginning to see how Microsoft could convince more people to adopt it.

Release Preview is the next-to-last version of the OS that developers and the public will be able to try out before the full Windows 8 version launches. If you’ve read about the Windows 8 Consumer Preview, then you know what you’re getting with Release Preview for the most part. Instead of unveiling sweeping changes this time around, Release Preview is all about refinement and subtle improvements. Changes include Internet Explorer 10 having Adobe Flash, new Bing Metro-style apps, Zune Pass integration, and social sharing.

As much as those changes are welcome in Release Preview, my favorite feature hands-down is gesture controls. I’ve been testing still-in-beta gesture controls on a Samsung Series 9 notebook running Windows 8 for about a day so far, and it adds a lot the experience.

If you move your finger from the right edge, you can bring up the right-hand sidebar for universal search, sharing, device access, and PC settings. Essentially, this makes doing basic tasks in Windows 8 easier.

When you are inside Metro style applications and swipe down from the top edge of a touchpad, you get a menu that helps you navigate the app. Inside the new Bing Sports application (which is quite nice), you can select between Favorite Teams, NFL, NBA, NHL, and more. Or inside the Bing Travel App, you can choose destinations, flights, hotels, and “best of web.”

It might seem like a small step to add gesture controls on the touchpad, but the change makes navigation way easier and has made me a bit more bullish on Windows 8.

Unfortunately, the beta gesture controls aren’t available to the public just yet. But, Microsoft is clearly working on it and I have no doubt it will help sell Windows 8 on laptops. Microsoft will also continue to work on getting manufacturers to support gesture controls by adding advanced-enough touchpads to laptops.

Check out the full Release Preview Gallery below to get a better taste of the new OS: