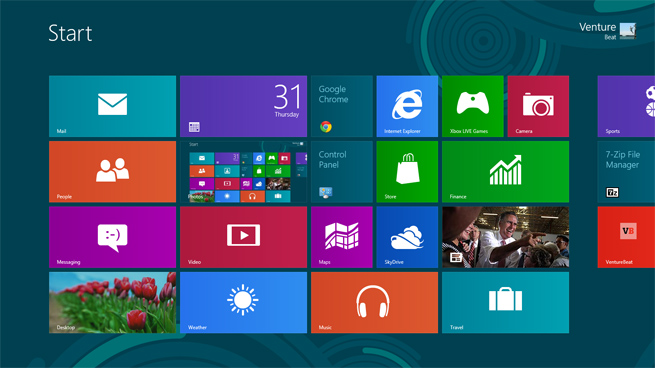 For those that haven’t been paying attention, Windows 8 is Microsoft’s attempt to merge traditional desktop computing with touch-based interfaces that are found on Windows Phone devices. In some ways, Microsoft is taking ideas from what Apple has done with its Lion OS, which took cues from iOS operating system used on the iPhone and iPad. But unlike the still-quite-different Lion and iOS, Windows 8 wants to be an OS you can use on desktops, laptops, and tablets alike. While Microsoft hasn’t shared the launch date of Windows 8, it will most likely see release in October to take advantage of holiday PC sales.

Related:
Windows 8 gesture controls will make you forget about the mouse (hands on)

The Release Preview is the next-to-last version of the OS that developers (or anyone who dares) will be able to try to test before Windows 8 launches. If you’ve read about Windows 8 Consumer Preview, then you know what you’re getting with Release Preview for the most part. Instead of unveiling sweeping changes this time around, Release Preview is all about refinement and subtle improvements.

The most notable improvements are as follows:

• Internet Explorer 10 now has Adobe Flash support that will be managed by Microsoft
• New Metro-style Bing application, including News, Travel, and Sports
• Tweaks to Mail, Photos, and People applications (Mail now supports multiple accounts)
• Integrated social sharing so you can share content on your screen to Facebook, Twitter, LinkedIn, and Google+
• Better personalization at the Start screen
• Improved multi-monitor support to make it easier to have two-screen computing
• A slightly tweaked Windows Store that makes app discovery easier
• Family safety features, including “Do Not Track” controls set by default in Internet Explorer 10
• Zune Pass integration, which acts like a streaming music service when you have access
• Gesture control support using a laptop touchpad (still in beta and not accessible to the public just yet)

In a meeting with Gabriel Aul, Microsoft’s Director of Program Management for Windows, told me most of the changes were “subtle.” But looking at the list and playing with Release Preview, a few of these changes are standout.

First off, Internet Explorer now has Adobe Flash built-in, even though Microsoft planned to not support Flash originally. Aul said there were too many pages on the web that need Flash, and the company didn’t want to provide a “broken” web experience. He didn’t mention Safari for iOS (which breaks some web pages when surfing due to its lack of Flash), but he was clearly hinting at it.

Another big change is social sharing. With the ever-growing importance of social networks in our lives, it’s nice to see that Windows 8 has built-in the capability to share what’s on-screen or in your web browser on Facebook, Twitter, or another network. You can access this sharing functionality through the “Share” button on the right-side panel.

Finally, another important addition is gesture controls, something I feel adds a lot to the Windows 8 experience. Moving your finger from the left edge of a trackpad can let your scroll through all recently used programs while moving your finger from the right edge brings up the right-hand sidebar for sharing and settings. It makes doing everything in Windows 8 easier. Unfortunately this feature is still in beta and not available just to the public, but it is working on it and is does work decently thus far.

Check out the slideshow below for more pictures and a better feel for the upcoming OS: