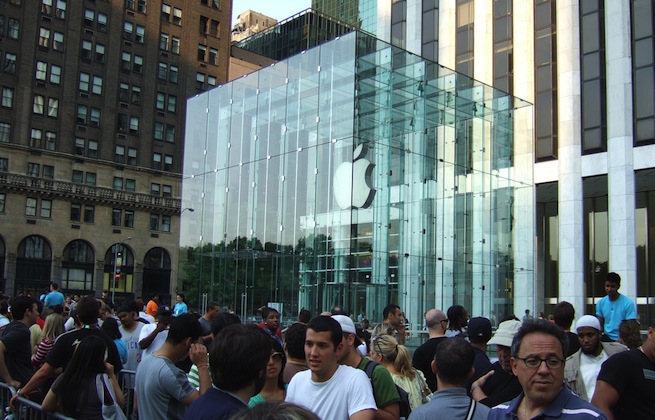 If you visit an Apple store once at the beginning of a week and again at the end of the week, chances are you’re seeing a completely new set of inventory. Impressively, the company turns over its inventory every five days, according to a new study.

Analyst firm Gartner, in its 2012 Supply Chain Top 25 study, says that Apple restocks its shelves 74 times a year, beating out companies like Amazon, Dell, and P&G for most inventory turned. Amazon, which is famous for its quick shipping times, only turns its inventory 10 times a year. Dell has a slightly higher refresh rate at 35 times a year, and P&G falls at five times a year.

The company is rumored to be releasing a refresh to its Macbook Pro line at its upcoming developer conference WWDC in June. It’s also said that the latest operating system, iOS 6, will be announced as well.

via The Atlantic; image via goodrob13/Flickr