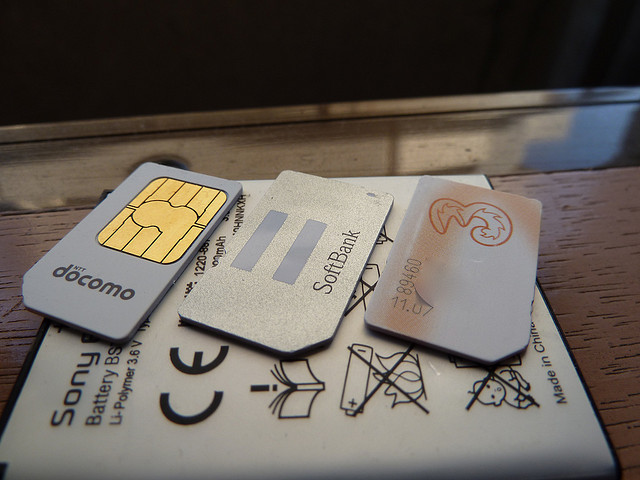 The big debate over nano-SIM card design may have finally reached its end. The European Telecommunications Standards Institute has decided on a new standard size and insertion technique for the tiny cards, which could lead to smaller mobile devices in the future.

The new specs are exactly what Apple has been pushing for, but not what its competitors Nokia and Motorola wanted.

Embedded in smartphones and tablets, SIM cards are the small memory chips that store mobile users’ identification information. As with most things in the mobile sphere, there’s been increasing pressure to make SIM cards even smaller. In the modern smartphone, every millimeter counts, which is why the telecommunications industry has been so heavily invested in shrinking the SIM card.

The European Telecommuncations Standards Institute (ETSI) has settled on the following standard for SIM card sizes: They will measure 12.3mm by 8.8mm, and have the same .67 thickness as the Micro-SIM standard.

It hasn’t been easy getting here. Nokia, Apple, Motorola, and RIM were all involved in a major debate over the future of the standard. While most of the ETSI was on the Apple side of the fence, Nokia and Motorola were adamant in favor their own proposed design, which the companies had eventually tweaked in an effort to compromise with Apple.

The sticking point? Nokia wanted the new standard to have a push-push mechanism, which would allow the card to be inserted and removed by being pushed in. Apple, on the other hand, wanted a tray-based design, which the ETSI appears to have voted in favor of.

Nokia wasn’t exactly enthused by the decision. “Nokia continues to believe that the selected nano-SIM proposal is technically inferior and not suitable for a number of applications,” the company said in a statement to The Verge.

Controversy aside, the news is a welcome relief  for the industry, which can now move on and start developing devices that use the smaller standard.