Expectations are mixed for the video game event of the year, the Electronic Entertainment Expo (E3) conference taking place in Los Angeles next week. We’ll have a crew of 10 GamesBeat writers and editors physically covering the event, so you know that we believe the show is still a relevant place to catch up on all things gaming related. We’ll be posting as often as we can on the GamesBeat channel of VentureBeat. Naysayers say it will be boring, or a museum of gaming’s past. But that’s a crock of … you know.

Nintendo will show more of its Wii U console coming later this year. But Microsoft and Sony aren’t expected to say anything about their future consoles, which aren’t expected until 2013 at the earliest. We game journalists hope and pray they will give us some surprises to write about, but it would be the horror of horrors if they tout only a bunch of tired sequels.

I want to see more disruption in games, where new companies are going to show off some innovations that take the market by surprise. The game market is in transition. If the console makers don’t disrupt themselves, somebody else will do it for them. Apple has been only too happy to oblige in recent years, disrupting handheld gaming with the iPhone and iPad. A week after E3 is over, Apple will have its own big event, the Worldwide Developers Conference. The fact that it is not happening the same week as E3 this year probably means that Apple won’t upstage E3.

We’ll see the console companies fight back with the power of their brands and the extension of them into the new game spaces. You already see how Electronic Arts’ FIFA Soccer game spans every platform, including free-to-play online, Facebook, mobile, console, and PC. Soccer fans have so many “touch points” to engage with the soccer game property, in both physical and digital forms.

I believe that cloud technology will continue to invade the market. It will be interesting to see if any of the console makers take advantage of cloud gaming and Nvidia’s recently introduced cloud graphics, which make it possible to create high-end downloadable games such as Hawken and play them on tablets. And cloud is part of a resurgence of the PC as a gaming platform, as evidenced in the power of Valve’s Steam platform.

The digital side of gaming is growing fast, while console games are flat or declining. That is reflected by the fact that THQ, a traditional console game maker, won’t have a booth this year, while Japan’s mobile social game network Gree will. Zynga will also show up to try to recruit developers to its third-party platform for social games on Facebook and Zynga.com. 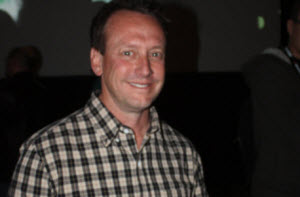 All of this means that E3 will still be relevant, but it still needs to show it can change with the times.

Rob Dyer, senior vice president at Zynga and former third-party publishing chief for Sony in the U.S., says that E3 is a show in transition. It has to learn how to embrace the new social, online, and mobile segments of the industry because they are providing a lot of the industry’s growth now. Zynga is attending the show to recruit game developers to its social game platform on Facebook and Zynga.com.

“E3 is a massive undertaking that is trying to find itself as we move beyond consoles to social and mobile,” Dyer said. “E3 needs to figure that out and do it quickly or they will be missing a major part of where games are going.”

E3 is a pretty tough place to show off social and mobile games. To cater to those segments, future E3 shows might have to consider opening the show up to the public, which appreciates those games more than retailers or the press, Dyer said.

I am looking forward to seeing some outstanding high-end games. Some of them that I know will be good include Tomb Raider, The Last of Us, Ubisoft’s Far Cry 3, Crysis 3, Dishonored, Star Wars 1313 and Halo 4. Sadly, we won’t see BioShock Infinite at this show, and Grand Theft Auto V is likely to be a wildcard. If it debuts there, it will steal all of the eyeballs.

On the technology front, I want to see if Nintendo will impress the crowds with the Wii U. So far, what the company has shown has not been very impressive. Let’s hope we’ll see some surprises.

I also believe that Epic Games’ Unreal Engine 4 will impress the crowds at the show. The company has already shown off how the engine can take graphics to the next level, with millions of particles of sparks, fire, smoke, or dust showing up on a screen at once. It will be a pretty demo for now, but over time, game developers will use the Unreal Engine 4 to create outstanding games that will be worthy of the label “next generation.”

I don’t find this boring at all.