Electronic Arts is unveiling a cute romantic game today called The Act that has a unique emotion-driven gameplay that takes advantage of the iPad’s touch controls. 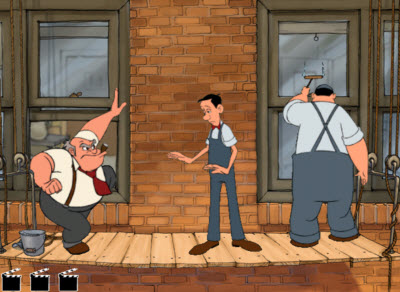 A remake of a coin-operated arcade game that never shipped, The Act is being developed by React Entertainment for EA’s Chillingo mobile-game third-party publishing division. The game is another fine example of an old arcade game getting a new life on the iPad. Original developer Cecropia tested the game in locations in New England, but the company shut off the project in early 2007 and closed its doors in 2008. Then it got revived last year under React Entertainment and it is now targeted for the iPhone, iPad, and Mac platforms. 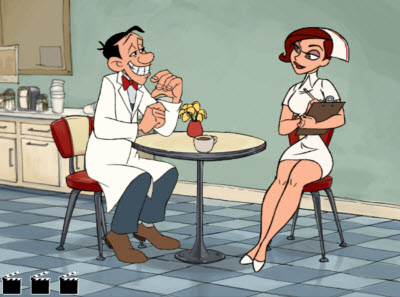 You control the game by sliding your finger in one direction or another. In the game, you play a lovable loser named Edgar. While washing windows, Edgar sees the woman of his dreams, Sylvia. He goes into daydream mode. 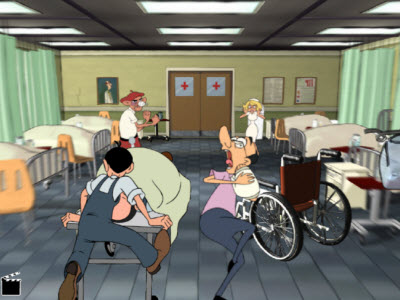 Levi Buchanan, senior manager of developer relations at Chillingo, said, “I have to try again and cool the scene off before I get too creepy. The sound track gives you cues about where to draw the line.”

In another scene, after Edgar snaps out of his daydream, he has to mollify his boss and keep his brother from getting fired. If you move your finger to the left, the boss calms down, but the brother starts to wobble and fall asleep on the job. If you move your finger to the right, the brother gets to work but the boss gets angrier. You have to find the right balance.