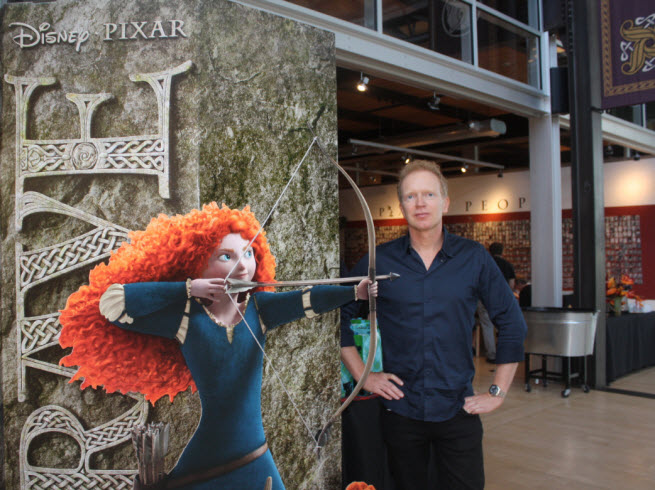 Disney is making major investments in mobile games, but in a new twist, it has turned to a three-person indie game studio to create the mobile version of the latest major Pixar film, Brave. The result is Temple Run Brave, a new mobile game being unveiled today on iOS (iPhone, iPad, and iPod Touch) and Android. The title will be available June 14.

The game is based on the “endless runner” title Temple Run, created by Imangi Studios, which is run by husband-and-wife team Keith Shepherd and Natalia Luckyanova (pictured below). Since it launched last August, Temple Run has been downloaded more than 80 million times, and it is still played 16 million times a day. That’s considerably more downloads than a number of major mobile game companies.

“I think it’s great that Disney can partner with a small indie-studio in a market that is so dynamic,” said Bart Decrem, senior vice president and general manager of Disney Mobile.

Decrem said that smartphone apps are a priority for Disney, which needs to stay in touch with the new generation of consumers. He noted that Steve Jobs’ family is Disney’s largest shareholder. The company started making mobile games in 2005, and Pixar movies debuted on mobile in 2007. Now Disney’s Marvel has interactive comics on the iPhone as well.

Nine months ago, Disney Mobile launched the hit game Where’s My Water, starring a cute alligator named Swampy. That game reached the top spot on the charts in 80 countries. Now Disney has created animated shorts and the first line of plush toys based on the character. Disney Mobile also had a hit with AppMates, a line of toys for the Cars franchise that work with the Apple iPad.

“We are trying to create new Disney characters on mobile and are setting them apart with a focus on quality,” Decrem said. “These feel like the magical kinds of things that the Walt Disney Co. should be doing.”

Creating a game for “tent pole” movie blockbusters has also been a tradition at Disney. But most of the games have been quickly forgotten after the movies’ debuts. Decrem said he wants games that will stick around for a while. He also noted that Disney has shifted its weight to mobile and social games because “that is where the explosive growth is.”

“When Disney puts itself behind an app, you can get to the top of the App Store,” he said. “But it didn’t last. We needed to find the right game mechanic.”

The project had an interesting start. Decrem talked with the Imangi leaders in September. Their game wasn’t taking off at first, but it really soared after they made the game free. Decrem talked to them again about a partnership in December. At that point, Shepherd and Luckyanova were getting bombarded with pitches for branded expansion games. But when they heard about the Pixar film Brave — which stars a young princess who rides a horse and is a great archer — that was all they were interested in.

They cut a deal in January and didn’t have much time to make the game — a mere five months — as the film was scheduled for release on June 22. So Disney commissioned Behaviour Interactive game studio to build Temple Run Brave. Imangi still provided input into the game design, but the coding and art was created by Behaviour.

Pixar’s Steve Purcell, a former game designer and director of the film, said that he wanted a game based on Brave to be fun to play and capture the essence of the film, which he had worked on for 6.5 years. The film’s main character, Merida, had a natural game mechanic in her love of archery. So the game makers focused on that.

Merida also likes to ride her horse, but the creature was too hard to work into a Temple Run-style game with sharp turns. Decrem noted that the graphics of the game are top-notch and “Pixar-like.” The scenes feature mist and sunlight coming through the trees. Merida’s own romp through the woods in the movie was a great match for the endless runner genre. In the film, the girl runs from Mordu, a giant black bear, and so that is who chases her in the mobile game. By swiping and flicking on the smartphone touchscreen, the player helps Merida shoot her way to freedom.

Luckyanova and Shepherd said via a Skype call that they felt it was a huge honor to be working with Disney and Pixar. They have a baby due any day now, but they said they were passionate about the project too.

“We were so excited after seeing the trailer for Brave that nothing else felt right,” Luckyanova said. Shepherd said, “The Disney team had a very creative focus and they were not just interested in throwing something together.”

The team spent a lot of time getting the archery right. They also modified the features of the game, adding rewards dubbed tapestries, to make it different from just a reskin of Temple Run. The game is easy to learn but difficult to master, and it constantly challenges players to beat their own high scores, Shepherd said.

As for Disney’s role in mobile games, Decrem said that a bunch of new titles are coming this year.

“We’re just getting started,” he said.

The game will sell for 99 cents on the App Store, and it has in-app purchases of coins as well. It debuts in six languages on June 14 and three more on June 21. Disney is also putting out a Brave storybook deluxe for $6.99 in the App Store. A console game is also in the offing. 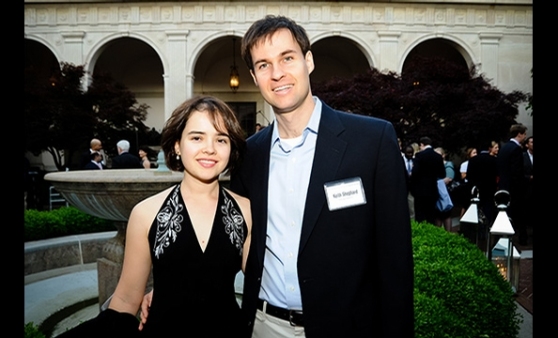