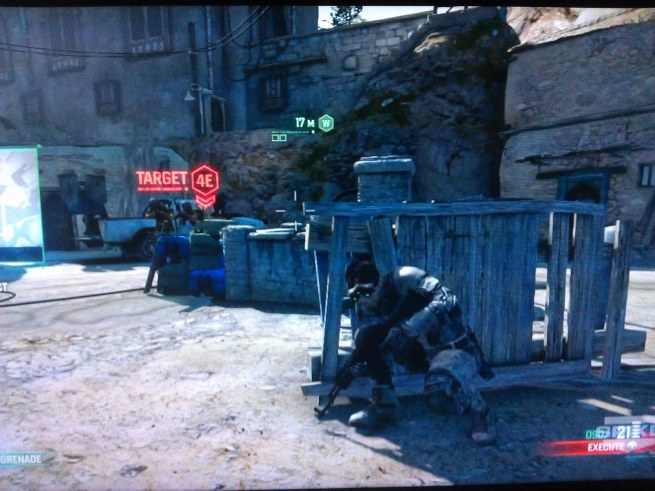 At Microsoft’s Electronic Entertainment Expo (E3) press briefing in Los Angeles, Ubisoft revealed the latest in the Splinter Cell saga. Blacklist appears to bring back much of the gameplay of the previous entries in the series, but with lots of inspiration from Assassin’s Creed and Uncharted.

New features include the ability to execute enemies while on the move, Kinect voice commands to distract enemies, and smooth traversal animations for climbing terrain. After killing a few enemies, protagonist Sam Fisher climbed up a rocky cliff wall similar to Ubi’s Assassin’s Creed.

The on-stage demonstration’s most impressive moment was a series of back-to-back assassinations while Fisher fluidly ran from one point to another. It wasn’t clear from the video feed exactly how much control the player will have over these animations, but it did look cool. The whole segment was reminiscent of Uncharted.

In addition to the single-player campaign, Blacklist will have a co-op mode. Ubisoft also smiled when it announced that the beloved Spies Versus Mercs mode, which pits asymmetrical teams against one another, would return for this game.

Splinter Cell: Blacklist will be available on Xbox 360 in spring 2013.