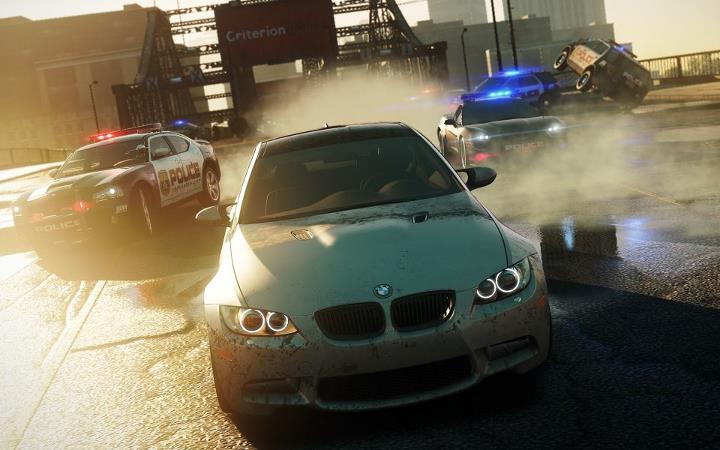 Publisher Electronic Arts confirmed that the next game in the Need For Speed franchise will be titled Need For Speed: Most Wanted. It is being developed by Criterion, who also made Burnout Paradise and Need For Speed: Hot Pursuit for PlayStation 3, Microsoft Windows, and Xbox 360 consoles.

Need for Speed: Most Wanted will be available October 30, 2012 in North America and November 1, 2012 in Europe for the Xbox 360, PlayStation 3, PlayStation Vita, and the PC, as well as for iOS and Android smartphones and tablets

Matt Webster, Executive Producer at Criterion Games, took the stage to introduce the title and the demonstration video. According to Webster, the developer wanted to “maximize competition” with the second generation Need for Speed Autolog system, which tracks everything you do in the game to provide points toward a competitive leaderboard ranking.

The demonstration showed off the open-world nature of Need for Speed, where you can race on streets, sidewalks, and even bridges. The series’ famous destruction was on display as well, with plenty of mayhem and explosive action.

“Criterion is shaking up the franchise with Need for Speed: Most Wanted,” said Webster. “This is Most Wanted for a new generation of players. We’ve brought everything we know about racing, chasing, and exploration and smashed them together in a highly connected, open-world automotive experience. Whether driving solo or racing with friends in our amazing new multiplayer experience, Autolog fires-up competition out of everything as players compete to be most wanted amongst their friends.”

Need for Speed: Most Wanted will be launching October 30, 2012. Pre-orders start today. The full press release is available as well.