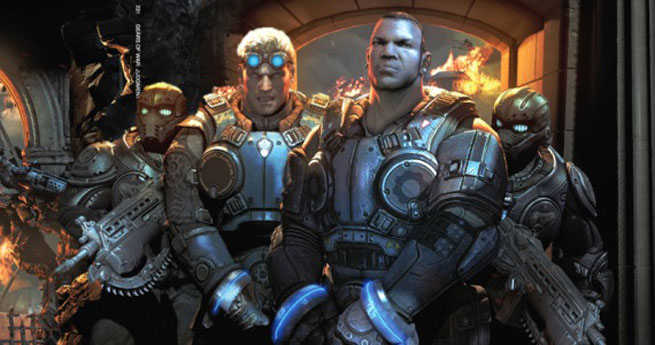 You only thought the war was over. Epic Games has passed the torch to subsidiary People Can Fly (Bulletstorm) to create the next Gears of War.

Gears of War: Judgment looks like a prequel that goes back into the thick of the Locust War, with the cities of Sera on fire and monstrous, spider-like Corpsers rampaging above ground. And while Gear soldiers drop before the onslaught, franchise favorites Augustus Cole and Damon Baird — pegged as the stars of this iteration — are dragged before a Coalition of Ordered Governments (COG) tribunal. But given Baird’s cynical smirk, you do get the feeling he’s got an ace up his sleeve.

Details on the game — whether it’s a retail release, a downloadable game, or how much of the core gameplay will remain intact — are unknown as of yet. Gears of War: Judgment will release sometime in 2013 exclusively for Xbox 360.