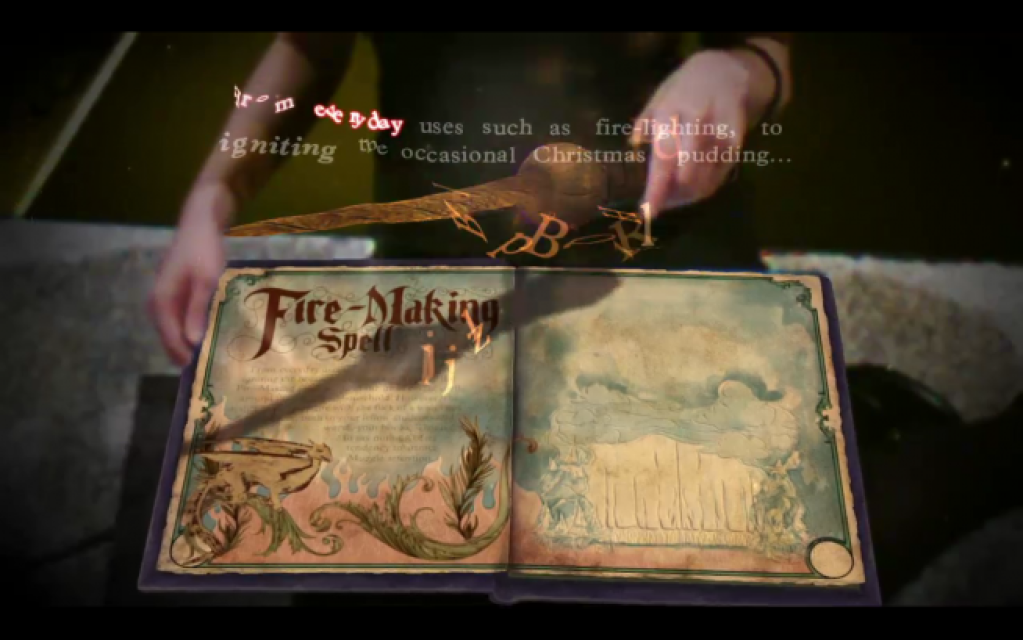 Designed to look like a real book, players interact with Wonderbook using the PlayStation Move motion controller to create and manipulate digital effects. And thanks to the PlayStation Eye camera, everything happens with you in the center of the action. You and the Wonderbook appear live on your television, while waving the Move over the book translates to a magical on-screen result in real time, from casting levitation spells to bringing a dragon to life.

That opens up a new realm of educational possibilities. But the first DVD to release for Wonderbook might be more entertainment-based, coming from one of the most popular fantasy writers of this century.

Rowling’s Book of Spells appears to take place inside the Harry Potter universe and casts players as a student learning spells from a ancient tome penned by sorceress Miranda Goshawk. The game promises to teach 20 spells and the art of magical dueling, among other things, with the PlayStation Move serving as player’s trusty wands.

“Wonderbook: Book of Spells is the closest a Muggle can come to a real spellbook,” says Rowling.