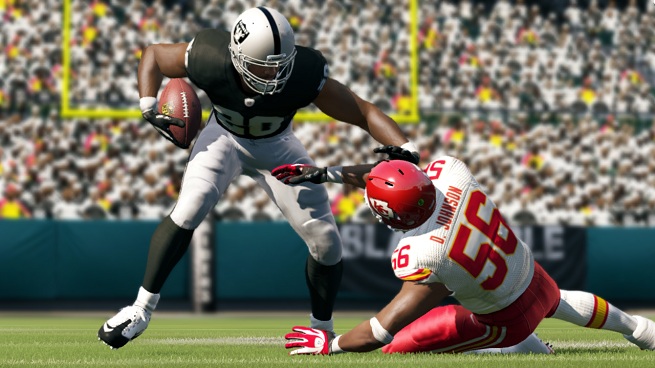 The digital athletes in Madden NFL 13 are getting a little more physical with each other. Now, thanks to the Infinity Engine technology, the way tackles and collisions look and play out will look significantly more realistic. Developer EA Tiburon is putting a lot of effort into making this entry a significant update to the famous football series. It starts with making the game more of a contact sport…and in more ways than one.

Madden is EA’s cash cow, generating hundreds of millions of dollars a year in steady income for the giant video game publisher. As part of EA Sports, it is one of the blockbuster games that the company can count on every year — as long as it doesn’t screw up the game when it implements major changes to the game play.

Now, when the linemen collide or when linebackers tackle somebody, their arms and legs will actually touch and move with the other bodies. In Madden NFL 12, it was apparently common to see some players’ arms magically penetrate through the torsos of others. Sure, this might seem like a silly point to focus on, but consider how seeing that simple disregard for the physics of the human body can ruin the immersion for the fan. 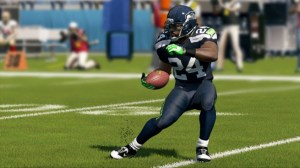 To counter this effect, the Infinity Engine also changes the way the athletes impact each other. Now, thanks to the system’s physics technology, each body involved in a tackle matters. The running back might be headed one way as he’s tackled at the line of scrimmage, but when another player rams himself into the play, everybody is bound to move in a slightly new direction. Now, you can think of it as digital objects in motion stay in motion unless acted upon by an equal or greater force.

As a result, the game can produce a countless number of animations for each different play, since it depends on who is where, what direction they’re headed in, how fast, etc. EA Tiburon is setting up Madden NFL 13 to not just be more realistic because the physics engine helps the athletes to move and interact the way we expect them to in real life. But the game should also be more visually stimulating since the variety of factors influencing the outcome animation of a play can keep the action looking fresh.

Madden NFL 13 also doesn’t stop with improving the way in-game athletes impact each other. This installment will also make it easy for fans to stay in contact with the game and their friends. Users can accept player trade deals on their mobile phones and iPads. The CBS Sports scenes in between games feature a fake Twitter feed that provides practical information from journalists on when players get injured and traded or when friends break records. And expect plenty of ways for sports fans to publicize their pigskin accomplishments on their real-life Twitter and Facebook accounts.

EA is claiming that these new features, along with the overhauled visual and audio elements, make this version of Madden NFL the biggest year-over-year improvement to date. In other words, this is supposed to be a lot more than “Roster Update 2013.” Football aficionados can hit the field on August 28, 2012 when Madden NFL 13 comes out for Xbox 360, PlayStation 3, Nintendo Wii, and PlayStation Vita. 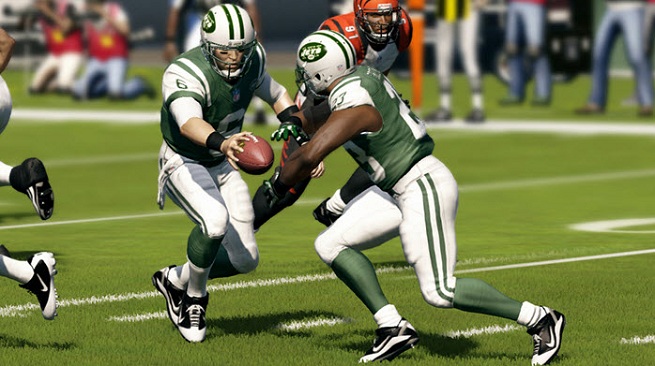