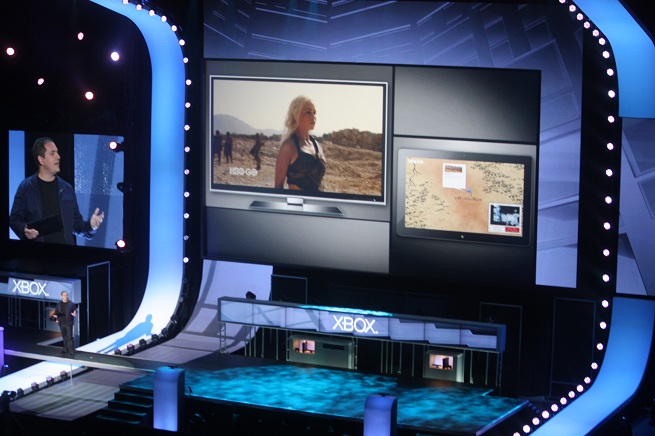 Microsoft announced today that its new Xbox SmartGlass technology will integrate smartphones and tablets with the games and entertainment that you play and watch on the Xbox 360 console.

Marc Whitten, a Microsoft executive, said that the new technology will let you use your smartphone or tablet as a remote control for your Xbox 360. When you watch a Game of Thrones episode on HBO Go, you can tap on the tablet screen to start the show. And the tablet will then give you information about the cast and plot.

And as the show progresses, the tablet or smartphone will keep up. For instance, you will see a map of the Game of Thrones universe update based on the location being shown on your TV. That’s a smart technology.

With this technology, developers will be able to create transmedia experiences, where they integrate their tablet, smartphone, and Xbox 360 applications tightly together. Whitten called that “multiscreen entertainment.” It turns any TV into a smart TV, Whitten said.

Microsoft is also introducing Internet Explorer for the TV. SmartGlass will work with new Windows 8 tablets and PCs later this year.