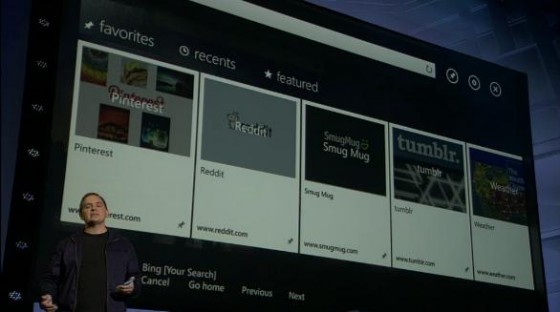 Internet Explorer (IE) is coming to Microsoft’s Xbox 360 this fall, complete with Kinect voice control and SmartGlass integration. Microsoft’s Marc Whitten made the announcement at the Xbox 360 media briefing Monday.

“For years, people have asked me,’when will you bring the web to Xbox?’ Others have thrown browsers onto the television before,” said Whitten, “but no one is using them, because they’re painfully slow.”

According to Whitten, controllers and remotes are “painfully slow” and “keyboards don’t belong in the living room.”

To remedy that, IE for Xbox 360 makes use of Kinect, allowing users to speak commands to their Xbox to control the browser. It will also integrate Microsoft’s newly-announced SmartGlass technology, to give users the ability to control the browser through their smartphone or tablet. Giving the browser pinch-to-zoom controls similar to those found in iOS devices.

Internet Explorer for Xbox 360 will be available worldwide this fall.